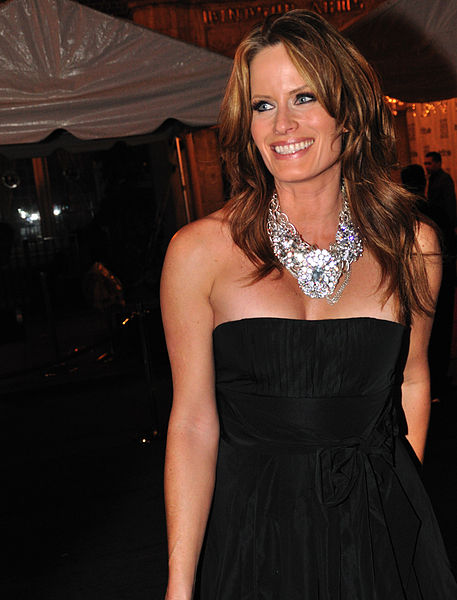 Monika Schnarre (born May 27, 1971) is a Canadian model, actress and television host. She is reportedly 6'2" tall.

In 1986, at age 14, Schnarre won the Ford Models "Supermodel of the World" contest, becoming the youngest model to ever win. She appeared on the cover of American Vogue at 14 and in the Sports Illustrated Swimsuit Issue at 15.

In 1989, she wrote a book about her modeling experiences titled Monika: Between You and Me.

She became an actress, appearing in over 50 film and television roles including The Bold and the Beautiful and Beastmaster, and made guest appearances on Beverly Hills 90210, Andromeda, Caroline in the City, The King of Queens and Cracked.[1] Schnarre has also made a number of movies, with roles in Love on the Side, Waxwork II: Lost in Time and Junior. She played Oxanna Kristos in the video game Command & Conquer: Tiberian Sun.

Schnarre went on to study television broadcast journalism at University of California, Los Angeles, and was co-host of Celebrity RSVP, a Canadian entertainment news program. She also was a guest correspondent on etalk and ET Canada.

In 2014, Monika launched her line of natural anti-aging skincare products.