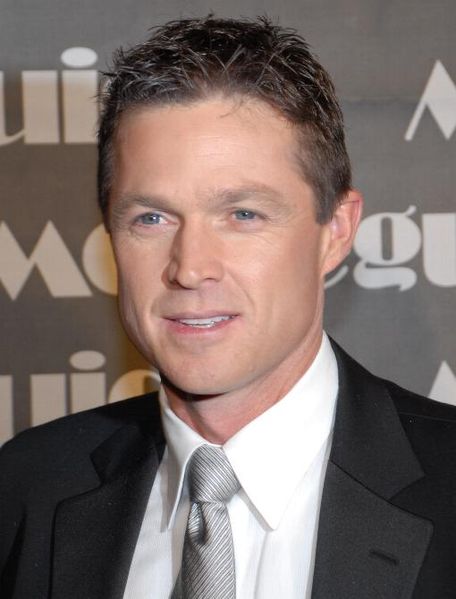 Eric Randolph Close (born May 24, 1967) is an American actor, best known for his roles in television series, particularly as FBI agent Martin Fitzgerald in the CBS mystery drama Without a Trace (2002–2009) and Teddy Conrad in the ABC musical drama Nashville (2012–2017).

Close was born in Staten Island, New York. Close's father is an orthopedic surgeon. Close is the eldest of three brothers. His family moved to Indiana, then to Michigan, and finally settled in San Diego when Close was seven years old.

Close was a member of the Sigma Chi fraternity and graduated with a B.A. in communications from the University of Southern California in 1989.[1]

Close was interested in acting from an early age and had some stage experience in school, but did not decide to pursue an acting career until after college. His first role was in a theater production Rat Songs in L.A., after which he was offered parts in the crime drama American Me (1992) and the TV movie Safe House directed by Elena Mannus. He had a brief stint in daytime television when he played Sawyer Walker on the NBC daytime soap opera Santa Barbara from 1992 to 1993. He received a Soap Opera Digest Award nomination for Outstanding Male Newcomer for his role as Sawyer Walker on Santa Barbara.[1] Close later starred on short-lived primetime shows such as McKenna (1994-1995), Dark Skies (1996-1997), The Magnificent Seven (1998-1999), Now and Again (1999-2000), and the Steven Spielberg miniseries production, Taken (2002).

Close is best known for his role as FBI agent Martin Fitzgerald on the CBS mystery drama Without a Trace. The show ran for seven seasons from September 26, 2002 to May 19, 2009.[1] From 2011 to 2015, Close had recurring role as Travis Tanner in the USA legal drama Suits, and starred as Michael Dorset in the short-lived CBS comedy-drama Chaos.[2] In 2012, Close began co-starring with Connie Britton in the ABC musical drama Nashville as Teddy Conrad, initially the husband of country singer Rayna Jaymes (Britton) and later the mayor of Nashville.[3][4]

Close married his wife Keri in 1995. They have two daughters Katie (born October 1998) and Ella (born April 2001). They are members of the Brentwood Presbyterian Church.[5]

Report a problem
Write to Eric Close at FanPal • 2022