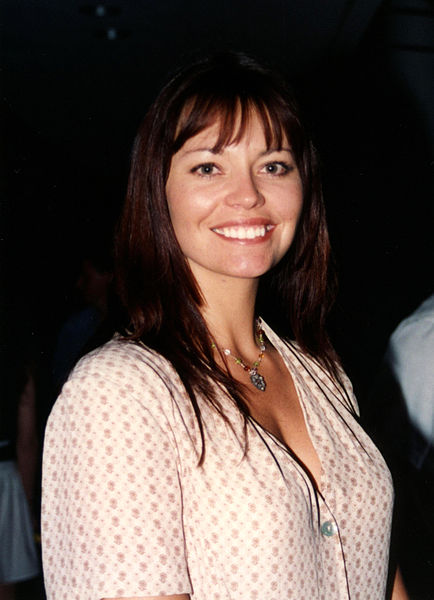 In 1998, Vander starred as Lady Elara, one of the lead characters in Dune 2000, a real-time strategy video game. In 2002, Vander reprised her role for the sequel, Emperor: Battle for Dune. Her theater credits include The Bourgeois Gentleman and Soweto's Burning. Vander has made national commercials for Lancôme, Sanyo, McDonald's, Diet Coke, Mercedes, Heineken, Skittles, Yoplait and many others. She played Agent 24-7 for Prudential Real Estate. She has also been featured in a number of magazines, including a pictoral in Maxim[2] and a cover on Details.[citation needed]

In 1999, Vander had a supporting role in Barry Sonnenfeld's film Wild Wild West in which she played an assistant to Kenneth Branagh's character, Dr. Loveless.

In 2000, Vander played a seductive Siren in the critically acclaimed O Brother, Where Art Thou? directed by the Coen brothers. The same year, she had a role in The Cell alongside Jennifer Lopez and Vince Vaughn.

Vander has also appeared in a wide variety of TV shows, primarily science fiction and fantasy series, including Buffy the Vampire Slayer (as an alluring teacher who turns out to be a giant praying mantis), Stargate SG-1, Star Trek: Voyager (an alluring alien), Babylon 5, Xena: Warrior Princess, and Highlander: The Series. Her most recent TV credits include guest appearances on NCIS, Criminal Minds: Beyond Borders, and Hawaii Five-0.

In 2006, Vander was cast for a role in the movie Alpha Dog, but the filming schedule kept changing, and because she was working on another project at the time she was unable to play the part in the end.[3]

Vander played Robert Duvall's character's wife in the comedy Kicking & Screaming and co-starred alongside Rade Serbedzija and Faye Dunaway in Say It in Russian. She played the lead female character in Breaking Point, a thriller with Tom Berenger and Busta Rhymes.[4] Vander can also be seen in the spoof/comedy Transylmania.

Musetta starred in a Christian movie called Johnny with Lee Majors and played the stepmother of Gattlin Griffith in the horror movie Under the Bed, directed by Steven C. Miller. Most recently, Vander played a part in the psychological thriller Spreading Darkness with John Savage and Eric Roberts; she also played Tom Sizemore's love interest in the indie film 5 Hour Friends, directed by Theo Davies.