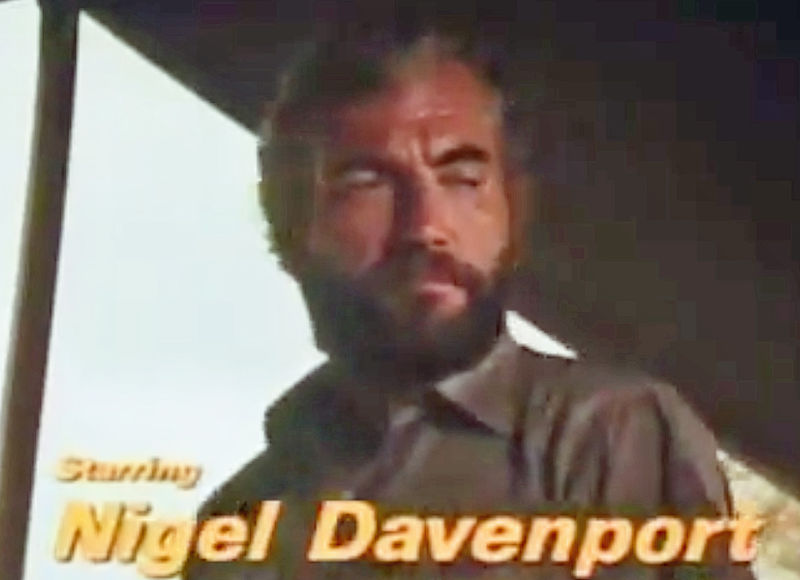 Arthur Nigel Davenport (23 May 1928 - 25 October 2013) was an English stage, television and film actor,[1] best known as the Duke of Norfolk and Lord Birkenhead in the Academy Award-winning films A Man for All Seasons and Chariots of Fire, respectively.

Davenport was born in Great Shelford,[2] Cambridgeshire, to Katherine Lucy (née Meiklejohn) and Arthur Henry Davenport.[3] His father was a bursar at Sidney Sussex College, Cambridge.[1] He grew up in an academic family and was educated at St Peter's School, Seaford, Cheltenham College and Trinity College, Oxford.[1] Originally he chose to study Philosophy, Politics and Economics but switched to English on the advice of one of his tutors.[4]

Davenport first appeared on stage at the Savoy Theatre and then with the Shakespeare Memorial Company, before joining the English Stage Company, one of its earliest members, at the Royal Court Theatre in 1956.[5] He began appearing in British film and television productions in supporting roles, including a walk-on in Tony Richardson's film, Look Back in Anger (1959). Subsequent roles included a theatre manager opposite Laurence Olivier in the film version of The Entertainer and a policeman in Michael Powell's Peeping Tom (both 1960).[5]

In the 1962 last episode of the first season of the TV seriesThe Saint tilted "The Charitable Countess" with Roger Moore as Simon Templar and Patricia Donahue as Countess Rovagna, Davenport played a supporting role as Countess's confidant, Aldo Petri.

He made an impression as Thomas Howard, 3rd Duke of Norfolk in A Man for All Seasons (1966),[6] co-starred with Michael Caine in the war movie Play Dirty,[4] and had a major role as Lord Bothwell in Mary, Queen of Scots.[6] In 1972, he appeared as George Adamson, opposite Susan Hampshire in Living Free,[4] the sequel to Born Free.

During the production of Stanley Kubrick's 1968 film 2001: A Space Odyssey, Davenport read the lines of HAL 9000 off-camera during the computer's dialogues with actors Keir Dullea and Gary Lockwood. Canadian actor Douglas Rain was ultimately chosen for the role of HAL's voice.[7] Davenport took the leading role in the off-beat Phase IV (1974), which failed to find an audience. In 1979 he portrayed King George III in Prince Regent.[1]

In February 1997, Davenport was the subject of This Is Your Life when he was surprised by Michael Aspel at David Nicholson's stables near Cheltenham.

Davenport was married twice, first to Helena Margaret White[1] whom he met while he was studying at Oxford University. They married in 1951 and had a daughter, Laura and a son, Hugo.[1] His second wife was actress Maria Aitken[1] with whom he had a second son, Jack, also an actor, best known for appearing in Pirates of the Caribbean.[8] According to Jerry Bruckheimer, producer of the Pirates of the Caribbean films, Jack was cast as the James Norrington character, partly because of Nigel's involvement in A High Wind in Jamaica.[citation needed]

Report a problem
Biography of Nigel Davenport at FanPal • 2022