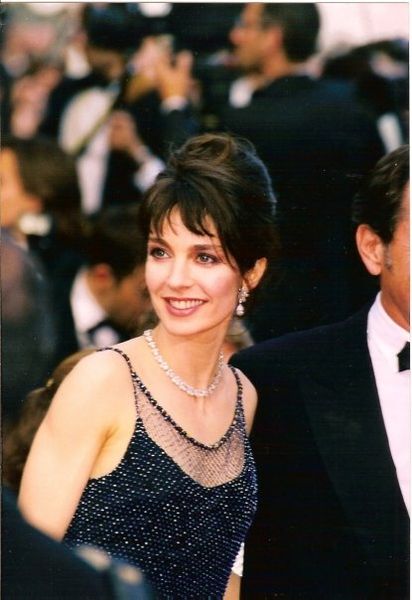 She is best known internationally for her role as Nikita in the film Nikita.[1]

Parillaud was born in Paris, France. While in school she studied ballet and her ambition was to become a lawyer, but a role during summer vacation - when she was only 16 - in Michel Lang's L'hôtel de la plage launched her into the world of film. She met director Luc Besson and married him in 1986, but the couple separated shortly after he directed her in Nikita.[2] Nikita was an especially intense experience for Parillaud:

"For a while she was in me like a demon. I would do things I normally would not do. She was awkward, depressed, full of despair. But to me there was also a spiritual underline to Nikita. In a very excessive way she is a loudspeaker of the youth of society today. She destroys herself because she doesn't believe in anything on Earth."

In preparation for the role, she underwent three months of judo lessons and target practice to hone her skills as a government assassin: "I hate guns, I hate violence, I hate judo." Her early ballet training also came in handy for one amusing scene though she modestly downplays her physical gifts, saying only, "I have a chewing gum kind of body. I just forget about the bones." Despite the glamour and danger of her character, Parillaud cautions, "It never happens to me, this kind of story."

After the international success of Nikita, Parillaud left France to star in three films abroad: Map of the Human Heart, Innocent Blood, and Frankie Starlight. She has said regarding the experience of playing a vampire in John Landis's Innocent Blood:

I fell in love with Marie in Innocent Blood because she wasn't born a vampire; she never decided she wanted to be. For me, it was a parable to talk about how you deal with this problem, which is when you are different. You think or you live or you want something different from everyone else. People don't follow you, because it's scary. You are quite alone in your choices.

In 2010 she starred in the French psychological thriller In Their Sleep[3] which was directed by Caroline du Potet and Eric du Potet.[4]

Parillaud's first husband was Luc Besson, with whom she has a daughter. In 2005 she married Jean Michel Jarre. They divorced in 2010.