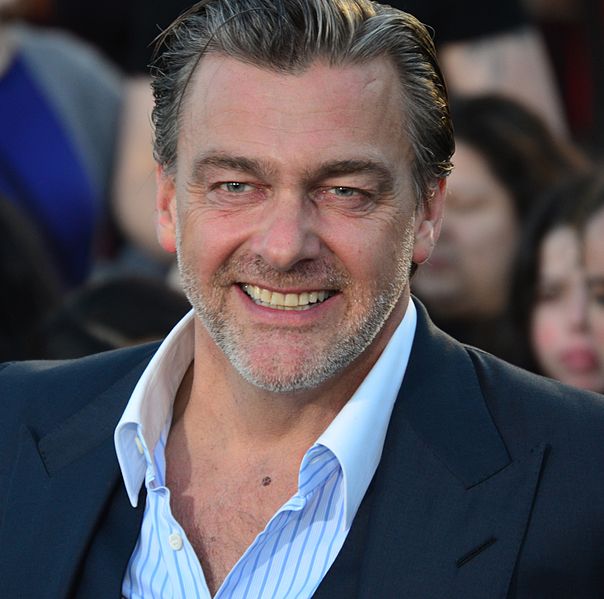 George Raymond Stevenson (born 25 May 1964) is a British actor. He is known for playing Titus Pullo in the BBC/HBO television series Rome (2005-2007) and in film as Dagonet in King Arthur (2004). Stevenson has portrayed two Marvel Comics characters: Frank Castle/The Punisher in Punisher: War Zone and The Super Hero Squad Show; and Volstagg in Thor and its sequels Thor: The Dark World and Thor: Ragnarok. In the film Kill the Irishman, Stevenson portrayed Cleveland mobster Danny Greene. In 2012 he appeared in the seventh season of Dexter as Isaak Sirko. He also portrayed the character Blackbeard in the third and fourth seasons of Black Sails.

Stevenson was born in Lisburn, in County Antrim, Northern Ireland, the second of three sons of a Royal Air Force pilot father and an Irish mother.[1] He moved with his family to Lemington, Newcastle upon Tyne, England, in 1972, at the age of eight, and later to Cramlington, Northumberland, where he was brought up. Stevenson attended Bristol Old Vic Theatre School, graduating at the age of 29.
Read more...

Stevenson has starred in several feature films, primarily in supporting roles. He made his debut in The Theory of Flight (1998) with Kenneth Branagh and Helena Bonham Carter, where he played the part of a gigolo hired to help Bonham Carter's character to lose her virginity. In 2002, Stevenson starred in a short film No Man's Land, which was the antipodal picture from actor/director Edward Hicks prior to his graduation from the London Film School. In the 12½ minute film, set during World War I, Stevenson portrayed an experienced private who is forced to help a novice officer (David Birkin), back to safety after they both find themselves trapped and isolated in "No Man's Land" during the Battle of Ypres. In 2004, Stevenson starred alongside Clive Owen and Keira Knightley in King Arthur. He portrayed Dagonet, a knight of the round table who sacrifices his life for his comrades.

Stevenson's first leading role in a film was in the Scottish horror picture Outpost (2008), portraying a mercenary pitted against Nazi zombies in a bunker somewhere in Eastern Europe. That same year, he also starred in Punisher: War Zone, as Frank Castle, "The Punisher," a former Marine turned vigilante after the murder of his family. In 2010, Stevenson played an antagonist in the comedy The Other Guys, alongside Mark Wahlberg and Will Ferrell.

In 2011, Stevenson appeared in the film Kill the Irishman, based on the book To Kill the Irishman: The War That Crippled the Mafia, as Danny Greene, an Irish American mobster who took on the Italian mob in Cleveland, Ohio in the 1970s. He worked with Kenneth Branagh again, this time as a director, in the adaptation of Marvel Comics' Thor, starring in the role of Volstagg, one of Thor's trusted comrades. Also that year, he played Porthos in Paul W.S. Anderson's adaptation of The Three Musketeers. On 8 July 2011, Stevenson was cast as Firefly in G.I. Joe: Retaliation (which was released in 2013). Stevenson played 2014 along Samuel L. Jackson in the Finnish-American thriller film Big Game.[2]

He is known for playing the character of legionary Titus Pullo in the BBC/HBO television series Rome. He shares the lead starring role in the series with Kevin McKidd.

Other TV-work includes guest appearances in popular TV series including Waking the Dead and Murphy's Law as well as lead roles in City Central and At Home with the Braithwaites. He has also appeared in several TV films such as Some Kind of Life in 1995, in which he co-starred with Jane Horrocks, and The Return of the Native, which also featured Catherine Zeta-Jones. Some of his earliest parts were in two Catherine Cookson films: The Dwelling Place (1994) and The Tide of Life (1996). Ray reprises his role this time as the voice of the Punisher in The Super Hero Squad Show. Stevenson plays as Isaak Sirko in the seventh season of Dexter in 2012.

On 24 March 2015 it was announced by producers that Stevenson would be joining the cast of the STARZ series Black Sails as the character Edward Teach.[3]

His stage work includes playing the part of Jesus Christ in the York Mystery Plays in 2000 at York Minster. In 2001 he took the part of Roger in the play Mouth to Mouth by Kevin Elyot, at the Albery Theatre in London with Lindsay Duncan and Michael Maloney. His most well-known part is perhaps that of the Cardinal in The Duchess of Malfi by John Webster with Janet McTeer at the Royal National Theatre in 2003.

Stevenson was married in Westminster, London, in 1997, to actress Ruth Gemmell, whom he met when they worked together on the TV drama Band of Gold (1995). They later played a husband and wife on screen in Peak Practice (1997). The couple divorced after eight years of marriage.[citation needed]