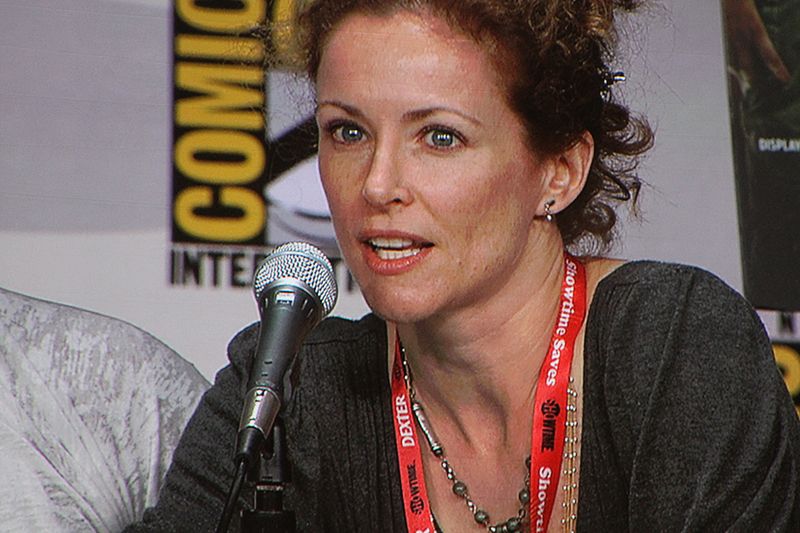 Leslie Ann Hope (born May 6, 1965) is a Canadian actress, best known for her role as Teri Bauer on the Fox television series 24.

Hope was born on May 6, 1965 in Halifax, Nova Scotia, to Ann and Frank Hope. She has one brother named Stephen. She graduated from St. Michael's University School at Victoria, British Columbia in 1982. Hope was married to writer and actor Jamie Angell from 1994 to 1996, with whom she has a son named MacKenzie, and to cinematographer, producer, and director Adam Kane from 2005 to 2015.
Read more...

Hope has appeared in many Canadian and American films and television series. Her first film role was in the Canadian film Ups and Downs, in 1981, which was filmed in Victoria. In 1987, she played the role of Madeleine Henry in the TV miniseries War and Remembrance. In 1993, she starred in Paris, France, directed by Gerard Ciccoritti. She later played the role of Teri Bauer in the first season of 24 (2001-02).[1]

During 2005-2006, she appeared as Attorney General of the United States Melanie Blackston in four episodes of Commander in Chief and, in the Fall of 2006, played Lily Rader in the CW drama series, Runaway.

Currently, Hope plays attorney Joan Luss, a surviving passenger of Regis Airlines Flight 753, on FX's The Strain. She also has recurring roles in the crime series NCIS as Secretary of the Navy Sarah Porter and in the legal drama Suits as prosecutor Anita Gibbs.

Report a problem
Write to Leslie Hope at FanPal • 2022