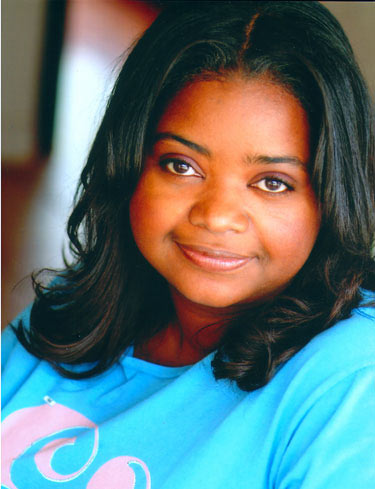 Octavia Lenora Spencer (born May 25, 1972)[1] is an American actress and author. She is the recipient of several accolades, including an Academy Award, a British Academy Film Award, and a Golden Globe Award. She is one of two black actresses to have received three Academy Award nominations and is the only black actress to receive two consecutive nominations.[2]

Spencer made her film debut in the 1996 drama A Time to Kill. Following a decade of brief roles in film and television, her breakthrough came in 2011, when she played a maid in 1960s America in The Help, for which she won several awards, including the Academy Award, Golden Globe, and BAFTA for Best Supporting Actress. For her performance in Ryan Coogler's drama Fruitvale Station (2013), she received the National Board of Review Award for Best Supporting Actress.

Spencer went on to appear in such films as Smashed (2012), Snowpiercer (2013), Get on Up (2014), The Divergent Series (2015-2016), and Gifted (2017). She received Academy Award nominations for Best Supporting Actress for playing two more women in 1960s America, the mathematician Dorothy Vaughan in the biographical drama film Hidden Figures (2016) and a cleaning woman in the romantic dark fantasy drama film The Shape of Water (2017).

As an author, Spencer has started a children's book series titled Randi Rhodes, Ninja Detective. She has published two books in the series, titled The Case of the Time-Capsule Bandit (2013) and The Sweetest Heist in History (2015).[3]

Octavia Lenora Spencer[4] was born in Montgomery, Alabama, and has six siblings, including sisters Rosa and Areka.[5] Her mother, Dellsena Spencer (1945-1988),[6] worked as a maid.[7] Her father died when she was thirteen.[8] Spencer graduated from Jefferson Davis High School in 1988.[9] She studied at Auburn University at Montgomery,[10] and graduated from Auburn University, where she majored in English with a double minor in journalism and theater.[11] Spencer has dyslexia.[12]
Read more...

Spencer worked as an intern on the set of The Long Walk Home, a film starring Whoopi Goldberg.[13] In 1997 she moved to Los Angeles on the advice of her friend Tate Taylor, the future director of The Help, in which Spencer would later star.[14]

Spencer made her film debut as a nurse in Joel Schumacher's A Time to Kill, based on the book by John Grisham. She was originally hired to work on casting, but asked Schumacher if she could audition for a part.[15] Other film credits include: Never Been Kissed, Big Momma's House, Bad Santa, Spider-Man, Coach Carter, Win a Date with Tad Hamilton! and Pretty Ugly People. She has made a number of guest appearances on television series, including Raising the Bar, CSI: Crime Scene Investigation, The Big Bang Theory, Wizards of Waverly Place, Grounded for Life, ER, Titus, Becker, 30 Rock and Dharma & Greg, plus a recurring role on Mom. She is best known for her starring roles as Serenity Johnson on Comedy Central's Halfway Home, and Constance Grady, the amorous INS caseworker on Ugly Betty.

In 2003, Spencer made her stage debut in Los Angeles, in Del Shores' play, The Trials and Tribulations of a Trailer Trash Housewife, starring opposite veteran actress Beth Grant. It was her first and only play, as, she once explained, she suffers from what she called "intense stage fright".[16] Later that year, she starred opposite Allison Janney in Tate Taylor's short feature Chicken Party.

In August 2009, Spencer appeared in Rob Zombie's Halloween II. She also had a role in the American remake of the Danish classic Love at First Hiccup, opposite Scout Taylor-Compton. Spencer starred in the feature film Herpes Boy, alongside Beth Grant, Ahna O'Reilly and Byron Lane. She played the voice of "Minny" on the audio version of novel The Help, by Kathryn Stockett. Later that year, Spencer's short film The Captain was honored by the CICFF as a finalist for the REEL Poetry Award.

In August 2010, Spencer joined Viola Davis, Emma Stone and Bryce Dallas Howard in The Help, an adaptation of the novel. She played the feisty and unflappable Minny Jackson. The film was written, produced and directed by Tate Taylor, and produced by Brunson Green, Chris Columbus, Michael Barnathan, and Mark Radcliffe. She won the 2012 Golden Globe Award for Best Supporting Actress - Motion Picture for her work in The Help.[19] On February 12, 2012, Spencer won a BAFTA for Best Supporting Actress for her Performance in The Help, and on February 26 she won the Academy Award for Best Supporting Actress for the same performance; it was her first Oscar nomination and first win. Spencer was given a standing ovation at the ceremony, and was moved to tears during her acceptance speech. In June 2012, Spencer was invited to join the Academy of Motion Picture Arts and Sciences.[20]

In 2013, she appeared alongside Michael B. Jordan in Fruitvale Station, a film chronicling the last day of Oscar Grant, who was killed at a Bay Area Rapid Transit station in 2009.[21]

In September 2013, it was announced that she would reunite with The Help director Tate Taylor in the biopic on singer James Brown Get On Up, opposite her The Help co-star Viola Davis. The film was released in 2014.[22] From September 2014 until February 2015, she starred in Steven Spielberg's Fox drama television series Red Band Society.[23]

Spencer at the Hidden Figures premiere in 2016

In 2016, she starred alongside Taraji P. Henson and Janelle Monáe in Hidden Figures, a film about African-American mathematicians at NASA who were critical to its success in the 1960s in the Space Race, and who each had careers there. She played mathematician and human computer Dorothy Vaughan. The role garnered her a Golden Globe Award and Screen Actors Guild Award for her performance and earned Spencer a second nomination for the Academy Award for Best Supporting Actress, making her the only black actress to follow up an Oscar victory with another nomination, having previously won for The Help.[2] In honor of Martin Luther King Jr. Day, Spencer bought out a Los Angeles screening of Hidden Figures to treat low-income families that would have been unable to afford to see the film otherwise.[26]

In 2017, Spencer co-starred with Sally Hawkins in Guillermo del Toro's fantasy drama film The Shape of Water, which follows a mute custodian at a high-security government laboratory who befriends a captured humanoid-amphibian creature. The film was screened in the main competition section of the 74th Venice International Film Festival, where it premiered to positive reviews on August 31, 2017,[27] and was awarded the Golden Lion for best film in the competition.[28] It also screened at the 2017 Toronto International Film Festival.[29] Spencer earned Golden Globe and BAFTA Award nominations for her portrayal, while receiving her third Academy Award nomination in the Best Supporting Actress category, making her the first black actress to receive two consecutive Oscar nods in back-to-back years as well as the most nominated black actress to date, along with The Help co-star Viola Davis.[2]

Report a problem
Write to Octavia Spencer at FanPal • 2022