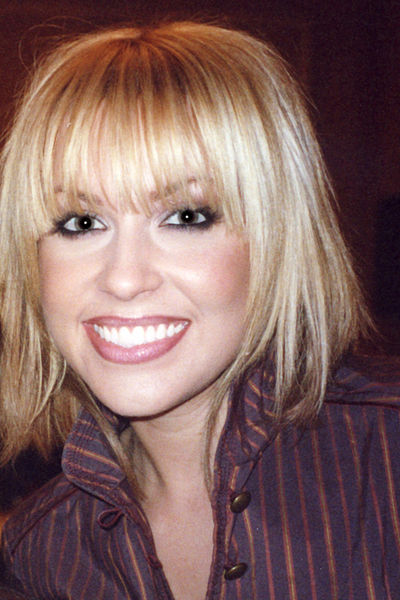 Farah LeeAllen Fath Galfond (born May 1, 1984) is an American actress. She portrayed Mimi Lockhart on the NBC soap opera Days of Our Lives from 1999 to 2007, and Gigi Morasco on the ABC Daytime soap opera One Life to Live from 2007 to 2012. Fath returned to Days of Our Lives temporarily in 2018.

Fath was born in Lexington, Kentucky to Lisa and Greg Fath. She has a younger sister, Victoria "Tori" Fath.[1] She began her career in show business at the age of five, and was voted Miss Kentucky Preteen in 1995. She appeared in print campaigns for Duncan Hines and in a national commercial for Pringles potato chips.[citation needed]
Read more...

Fath joined Days of Our Lives as Mimi Lockhart in September 1999, and left the show in February 2007.[2]

Fath debuted in the contract role of Gigi Morasco on the ABC soap opera One Life to Live on October 24, 2007,[3] and left the series in June 2011. On October 10, 2011, Fath returned to One Life to Live as Gigi's sister Stacy Morasco, who has plastic surgery to look like Gigi. The character is later revealed to be Gigi herself.

On September 25, 2011, Fath appeared on the American reality television series Dirty Soap with several other soap opera performers, including her then-boyfriend, John-Paul Lavoisier.[4]

In May 2015, it was announced that Fath will work with fellow Days of Our Lives alumna Alison Sweeney on the second installment of Murder She Baked for Hallmark Movies & Mysteries.[5]

On May 8, 2018, it was announced that Fath will be returning to Days of Our Lives, reprising her role as Mimi Lockhart.[6][7] Fath tweeted that it would be for a "handful of episodes" [8]