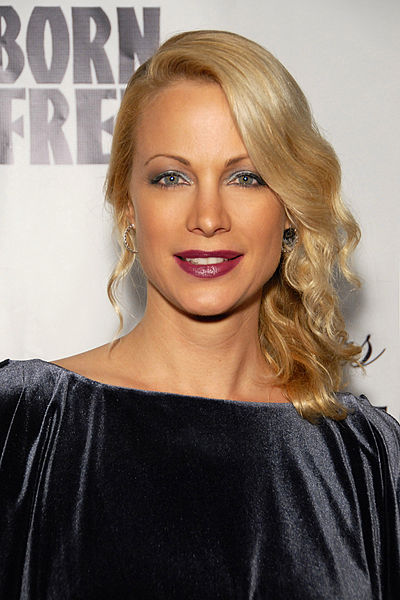 Eastwood was born in Carmel, California,[1][2][3][4][5] the daughter of Maggie Johnson and movie star Clint Eastwood. She has a brother, Kyle Eastwood, and six half-siblings, including Kimber, Scott, Kathryn, Francesca, and Morgan Eastwood.

Eastwood attended Santa Catalina School in Monterey, California, and Stevenson School in Pebble Beach. When she was eighteen, in 1990, Eastwood enrolled at UC Santa Barbara (did not graduate) to study acting.[6]

Eastwood landed some professional acting roles during her childhood and preadolescent years, making her (uncredited) film debut at the age of seven in Bronco Billy. At the age of eleven, she had a major role in the thriller Tightrope (1984). She has also worked as a runway and magazine model in Paris, posing for several European fashion magazines and Vogue (U.S. edition). In February 2003, she posed nude for Playboy.[7]

She has her own clothing line, called the Eastwood Ranch Apparel.[citation needed]

She is the founder of the Eastwood Ranch Foundation, a non-profit animal welfare organization.[citation needed]

On the small screen, she appeared in the Nat Geo Wild TV program Animal Intervention.[9] She has also been featured on the reality TV series Chainsaw Gang as one of the sculptor's girlfriends.[10] The sculptor is her now husband, Stacy Poitras, whom she married on March 15, 2013.[11]