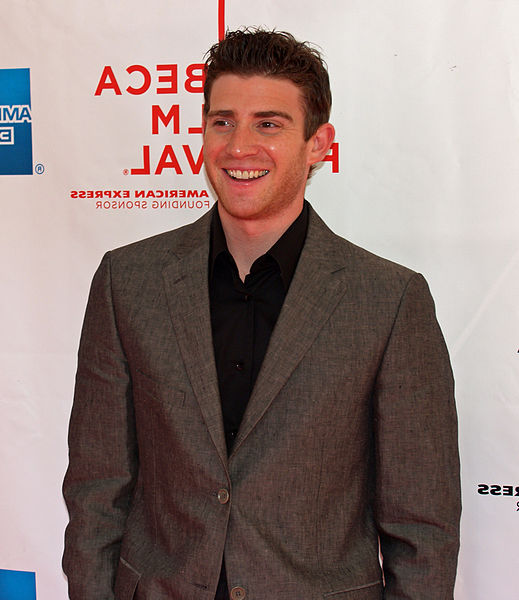 Bryan Greenberg (born May 24, 1978) is an American actor and singer, known for his starring role as Ben Epstein in the HBO original series How to Make It in America as well as a recurring role as Jake Jagielski in the WB series One Tree Hill and as Nick Garrett on the short-lived ABC drama October Road. His film work includes The Perfect Score, Prime, Nobel Son, Bride Wars, The Good Guy, Friends with Benefits, and A Short History of Decay.

Greenberg was born in Omaha, Nebraska, the son of Denise "Denny" (born 1951) and Carl Greenberg (born 1950). Both of his parents are psychologists.[1][2] Greenberg was born to Jewish parents; he was raised in Conservative Judaism[2] and attended Beth El Synagogue in Omaha.[3] Greenberg had a Bar Mitzvah ceremony, belonged to Jewish youth groups, went to Jewish summer camps, and traveled to Israel.[3]

At 7 years old, when Greenberg's younger sister Becca was in dance class, he got the opportunity to appear in the lead role in the Omaha Ballet production of The Nutcracker. He toured with the show for two months and joined a children's theater company in Omaha.[1] At age 12, Greenberg and his family moved to St. Louis, Missouri. Shortly after, he got his first national role as the kid in the Cookie Crisp cereal commercial. As time went on, he was offered more acting opportunities.[1]

He graduated from Parkway Central High School in Chesterfield, Missouri in 1996. Greenberg moved to New York City after high school. He attended and worked at a Jewish summer camp located in Webster, Wisconsin, called Herzl Camp.[2] He starred as Joseph in a camp-wide production of Joseph and the Amazing Technicolor Dreamcoat in 1992.

Greenberg received a Bachelor of Fine Arts in Theatre at New York University in 2000.

While at NYU, Greenberg auditioned and worked as a waiter, bartender, caterer and assistant to a mortgage broker.[2] He was cast as Romeo in NYU's performance of Romeo and Juliet and performed with the Experimental Theater Workshop, the Atlantic Theater Company and the Amsterdam Experimental Workshop.[4]

In 1997, he got a small role on the television series Law & Order. Soon after this appearance, Greenberg got an agent and one year later made his big screen debut in A Civil Action.

After landing small roles on the TV series (Boston Public, The Sopranos, and Third Watch among others), Greenberg was cast as Matty Matthews, a high school student trying to pass the S.A.T, in the film The Perfect Score. After graduating from NYU, Bryan moved to California.[1] While he was still appearing in One Tree Hill, he began shooting another television show produced by George Clooney for HBO called Unscripted.[5]

Greenberg's first starring role was in the Ben Younger film Prime (2005). He played David Bloomberg, a young artist who falls in love with one of his mother Meryl Streep's therapy patients, played by Uma Thurman.[6][7] Greenberg then starred in October Road on ABC and appeared with Alan Rickman in the film Nobel Son in 2008.[8] In 2009, Greenberg appeared in the film Bride Wars with Kate Hudson and Anne Hathaway and starred opposite Alexis Bledel and Scott Porter in the indie film The Good Guy, which was released in February 2010.[9]

His series How to Make It in America premiered on HBO on February 14, 2010.[10] The Washington Post called it "The New Yorkiest thing you could find on television, which is saying something," and praised its "portrayal of a dirty, scrappy, multi-ethnic New York culture."[11] The New York Times said the "series has great music (the theme song is Aloe Blacc’s 'I Need a Dollar') and there are some snarky asides about hipster New York."[12] Season 2 premiered on October 2, 2011.[13] On December 20, 2011, HBO announced the cancellation of the show.

In 2012, Greenberg co-starred with Laura Prepon in the independent comedy film The Kitchen. That same year, Greenberg starred in the dark comedy film The Normals, which follows a young man who enters a two-week clinical trial of an anti-psychotic treatment at a drug-testing center in Queens.[14]

In 2013, Greenberg began shooting the untitled Lance Armstrong biopic alongside Ben Foster, who will play Armstrong.[15]

In 2015, Greenberg and his wife Jamie Chung co-starred together in the romantic drama Already Tomorrow in Hong Kong.

In 2007, Greenberg released his debut album, Waiting for Now. He has toured with Gavin DeGraw, Michael Tolcher, Ari Hest, and Graham Colton. At his New York City Show at the High Line Ballroom, Greenberg was joined by How to Make it in America co-star Kid Cudi. Greenberg's songs have been featured in many of his film and television work, including One Tree Hill, October Road, and Nobel Son.

In 2011, Greenberg released his second album, We Don't Have Forever, produced by Thom Monahan (Vetiver, Devendra Banhart, Gary Louris), which included the single "Walk Away". The album also included "You Can Run", a collaboration with How to Make It in America co-star and rapper Kid Cudi.[16][17] Greenberg said he wrote the record over a period of two years when he was going through a lot of changes (friends, personal life, career) and decided to title the record We Don't Have Forever to reflect that.[18]

It was reported that Greenberg became engaged to his girlfriend of 18 months, actress Jamie Chung, while on vacation on Turks and Caicos Islands during the December 2013 holiday.[19][20] They married on October 31, 2015 in Santa Barbara, California.[21]