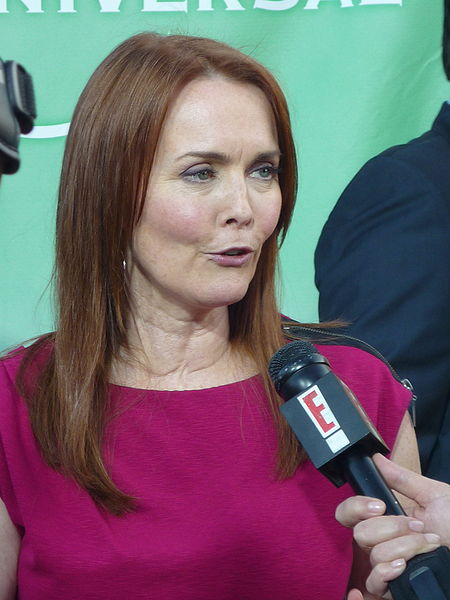 Laura Elizabeth Innes (born August 16, 1957) is an American actress and television director. She played Dr. Kerry Weaver on the NBC medical drama ER, and Sophia on the NBC thriller The Event.

Innes was introduced to professional theater by her father, who frequently took the family to the Stratford Festival of Canada in Stratford, Ontario. Following his advice to "do what you love," she attended Northwestern University where she was a member of the Alpha Chi Omega sorority and earned a degree in theater.

Her first stage credits were in Chicago at the renowned Goodman Theatre and Wisdom Bridge Theatre, where she played Stella in "A Streetcar Named Desire". John Malkovich played Mitch in this production. Other major stage credits include Two Shakespearean Actors with Eric Stoltz at Lincoln Center, Our Town at the Seattle Repertory Theatre, and Three Sisters at the La Jolla Playhouse in San Diego.

In 1986, Innes played the young daughter of Jerry Stiller and Anne Meara in the short-lived television sitcom The Stiller and Meara Show, but the series was cancelled within a few weeks. In 1989, Innes played Miss Andrews in the Nickelodeon TV series Hey Dude in season 2: episode 7 titled "Teacher's Pest." She also made an appearance in the same series in episode 57 called "Baby" as the clueless Mrs. Fleeman. In the 1990s, Innes guest-starred on television series such as Party of Five, My So-Called Life, and Brooklyn Bridge and appeared in the Emmy-winning cable movie And the Band Played On before being cast in her first major TV role as Thomas Haden Church's promiscuous ex-wife Bunny on the NBC comedy series Wings from 1991-1993.

In the fall of 1995, she joined the hit NBC medical drama ER in its second season, where she was cast as Kerry Weaver, a skilled doctor with an abrasive exterior and a physical disability. Her recurring role led her to become a series regular at the start of the third season. In 2001, her character came out of the closet. She received two Emmy Award nominations for her portrayal, as well as three Screen Actors Guild Awards as part of the ER ensemble, and has received five nominations for Best Supporting Actress from Viewers For Quality Television. Innes also directed several episodes of the series, as well as episodes of Brothers & Sisters, Studio 60 on the Sunset Strip, House, The West Wing, one of which earned her an Emmy nomination for directing.

In January 2007, Innes left ER after twelve seasons, becoming the longest-serving cast member in the show's history (Noah Wyle, however, appeared in slightly more episodes). In 2008-2009, Innes returned to ER during its 15th and final season for two episodes including the series finale. In film, Innes has co-starred in the blockbuster film Deep Impact and, with former ER castmate Noah Wyle, in Can't Stop Dancing.

On May 7, 2010, NBC announced that Innes would be appearing in the new action drama The Event as Sophia, "the leader of a mysterious group of detainees," alongside Lisa Vidal, who played Kerry Weaver's wife in ER.[1] In 2012 she was Police Captain Tricia Harper in the short-lived NBC series Awake.[2]

Innes was born and raised in Pontiac, Michigan, the youngest daughter of six children to Laurette and Robert Innes, a tool and die company executive.[3] Her first fiance was murdered in the early 1980s. A few years after the murder, she married actor David Brisbin and, in 1990, gave birth to their son, Cal. They have since adopted another child, Mia, from China.

She is known as an advocate for the disabled community, utilizing her role as a director to help employ disabled people. She is a supporter of the Performers with Disabilities Committee, which is associated with the Screen Actors Guild.[4]

Report a problem
Write to Laura Innes at FanPal • 2022