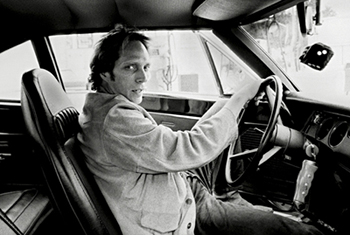 William Edward Fichtner Jr. (born November 27, 1956) is an American actor who has appeared in a number of films and TV series.[1] He is known for his roles as Sheriff Tom Underlay in Invasion and Alexander Mahone on Prison Break. His film appearances include Heat, Contact, Armageddon, The Perfect Storm, Go, Crash, Blades of Glory, Black Hawk Down, The Longest Yard, Mr. & Mrs. Smith, The Dark Knight, Date Night, The Lone Ranger, Elysium, Independence Day: Resurgence and Teenage Mutant Ninja Turtles.

Fichtner was born on Mitchel Air Force Base[2] on Long Island, and was raised in Cheektowaga, New York, a suburb of Buffalo. He is the son of Patricia A. (née Steitz) and William E. Fichtner.[3][4] He has German ancestry.[5]

Fichtner began his acting career as Josh Snyder in As the World Turns in 1987. He has since appeared in the films Contact, Heat, Armageddon, Go, Equilibrium, Black Hawk Down, The Perfect Storm, The Longest Yard, Crash, Ultraviolet and The Dark Knight. Mainly a character actor, one of his few leading roles is in Passion of Mind, also starring Demi Moore and Stellan Skarsgård. For his role in Crash, he won a Screen Actors Guild Outstanding Performance Award and a "Best Acting Ensemble" Award from Broadcast Film Critics Choice. He currently appears in the sitcom Mom on CBS.

Credited as Bill Fichtner, he voiced Ken Rosenberg in the video games Grand Theft Auto: Vice City and Grand Theft Auto: San Andreas. Between 2005 and 2006, he also starred in the sci-fi TV series Invasion as Sheriff Tom Underlay. After Invasion was canceled, he played ruthless FBI Agent Alexander Mahone in three seasons (2006-2009) of Prison Break.[7] In 2009, he co-presented the Vezina Trophy (for goal tending) at the National Hockey League awards show.[8][9] He guest starred as judge Christopher Mulready in the The West Wing episode "The Supremes". He also had a role as the Gotham National Bank manager in the feature film The Dark Knight and as Jurgen in Equilibrium.

In June 2009, Fichtner had a recurring role as TV producer Phil Yagoda on Entourage.[10] He also voiced Master Sergeant Sandman in the 2011 video game Call of Duty: Modern Warfare 3.[11]

Fichtner is a fan of the National Football League (NFL)'s Buffalo Bills, appearing in a commercial for the team before the 2014 season.[14] He recently narrated the ESPN 30 for 30 documentary titled Four Falls of Buffalo, chronicling the Buffalo Bills' four consecutive Super Bowl appearances from 1990-93.[15]