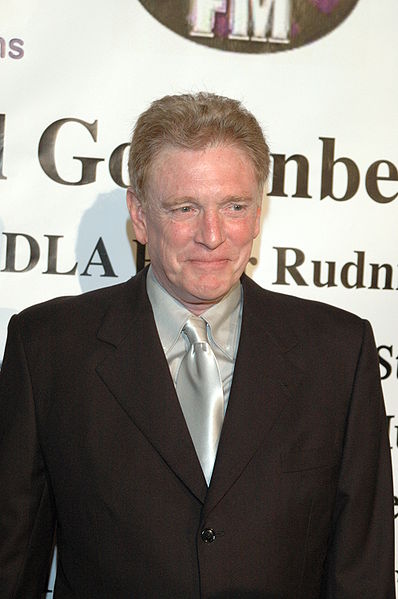 Atherton was born in Orange, Connecticut, the son of William Robert Atherton Sr. and Myrtle (maiden name Robison) Knight.[1] He studied acting at the Drama School at Carnegie Tech and graduated from Carnegie-Mellon University in 1969.[1][2]
Read more...

Atherton was successful on the New York stage immediately after graduating from Carnegie Mellon University in 1969 and worked with many of the country's leading playwrights including David Rabe, John Guare, and Arthur Miller, winning numerous awards for his work on and off Broadway.[3]

He got his big break playing hapless fugitive Clovis Poplin in The Sugarland Express (1974), the feature film debut of Steven Spielberg. After this, he garnered major roles in dark dramas such as The Day of the Locust (1975) and Looking for Mr. Goodbar (1977),[4] as well as the big-budget disaster film The Hindenburg (1975).[5] Atherton also starred as cowboy Jim Lloyd in the miniseries Centennial (1978), based on the novel by James Michener. Atherton appeared in the comedy Ghostbusters (1984) as the EPA agent Walter Peck. Martha Coolidge chose Atherton to play Professor Jerry Hathaway in the teen comedy Real Genius (1985). Atherton played reporter Richard "Dick" Thornburg in the blockbuster action film Die Hard (1988), and reprised the role in its sequel Die Hard 2 (1990).[6]

While starring in The Day of the Locust, Atherton was offered and accepted the opportunity to provide lead vocals for "What'll I Do", the main title theme for the Robert Redford film version of The Great Gatsby. His 2007 appearances included the film The Girl Next Door, an adaptation of the best-selling Jack Ketchum novel of the same name. He has reprised his role as Walter Peck in Ghostbusters: The Video Game, released on June 16, 2009.[7]

Atherton was cast in the final season of ABC's Lost.[8] He appeared in the musical Gigi for the Reprise Theatre in Los Angeles as "Honoré Lachailles" in 2011.[9]

Following his work on the musical, he stepped into a comedic role in Tim and Eric's Billion Dollar Movie (2012), produced by Will Ferrell's Funny or Die, Gary Sanchez Productions and Abso Lutely Productions.[10][11]

In summer 2014, Atherton was cast in a recurring role as Viceroy Mercado in the Syfy series Defiance's second season.

On The David Susskind Show in 1983, Atherton discussed being a "former homosexual" and how the Aesthetic Realism philosophy of Eli Siegel turned him into a heterosexual.[12][13]