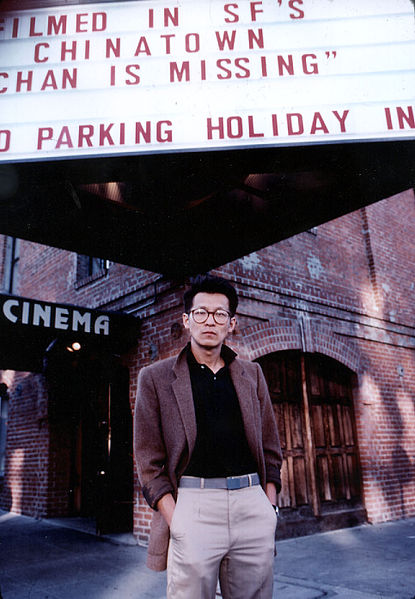 Wang was born and raised in Hong Kong, and named after his father's favorite movie star, John Wayne.[1] When he was 17, his parents arranged for him to move to the United States to study, to prepare for medical school. Wang, however, soon put this plan aside when his 'eyes were completely opened' by new experience, and as he turned to the arts,[1] studying film and television at California College of Arts and Crafts in Oakland.[2]

Chan Is Missing (1982), Dim Sum: A Little Bit of Heart (1985), and Eat a Bowl of Tea (1989) established his reputation. He is best known for The Joy Luck Club (1993), Maid in Manhattan (2002), and the independent features Smoke (1995) and Anywhere but Here (1999). At the 2007 Toronto International Film Festival, Wang premiered two feature films, A Thousand Years of Good Prayers and The Princess of Nebraska,[3] as well as appearing in the Arthur Dong documentary film Hollywood Chinese.[4]

He won the Golden Shell at the San Sebastian Film Festival in September 2007 for A Thousand Years of Good Prayers.

In 2016, he won a Lifetime Achievement Award at the San Diego Asian Film Festival.[5]

He is married to a former Miss Hong Kong, Cora Miao, and lives in San Francisco and New York City.