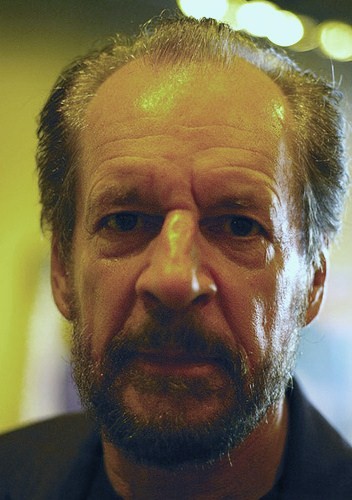 Larry Clark (born January 19, 1948)[1] is one of the leading directors of the L.A. Rebellion (also known as the Los Angeles School of Black Filmmakers). He directed the feature films Passing Through (1977) and Cutting Horse (2002). He is also a film professor in the Cinema Department at San Francisco State University.[2][3]

A native of Cleveland, Ohio, Clark received a bachelor's degree at Miami University, prior to arriving at UCLA, where he majored in film.[3] While a student at UCLA, Clark taught film workshops at the Performing Arts Society of Los Angeles (PASLA), under the guidance of Vantile Whitfield.
Read more...

Clark was a cinematographer for 1972's Wattstax and his recollections of the making of the film are included on a commentary track of the 2004 special-edition DVD of the restored film. Several crew and cast members are on the track, including Al Bell, president of Stax Records and producer of the film, and director Mel Stuart.

Passing Through served as Clark's master's thesis film at UCLA. The film stars Nathaniel Taylor (best known as "Rollo" on the hit television series, Sanford and Son) and veteran actor Clarence Muse. Clark co-wrote the screenplay with actor Ted Lange. Matthew Duersten of the LA Weekly described the film as a "potent underground L.A. neorealist treatise" that "is raw, gritty, surreal and, at times, terrifying."[4]