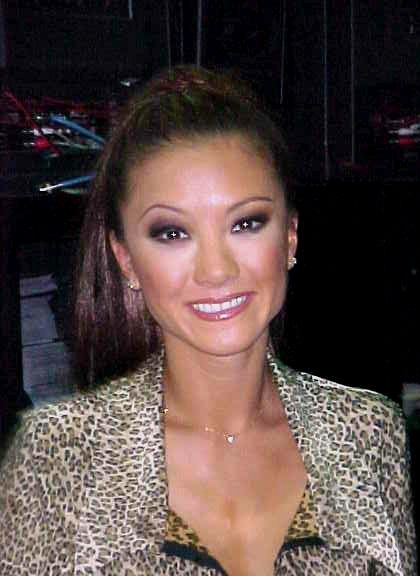 Kobe Tai (born January 15, 1972) is the stage name of a Taiwanese-born[2] American former pornographic actress and adult model.[1] She entered the adult film industry at the age of 24 and appeared in over 70 adult films between 1996 and 2003. Her real name is Carla Scott Carter.

She married fellow pornographic actor Steven Scott, who performs under the stage name Mark Davis in 1997. They divorced in 1999.[1][5]

Tai's biological mother was Chinese and her biological father was a Japanese soldier.[2] She was adopted in Taiwan by American parents when she was five months old.[2] She moved to the United States when her adoptive father, who was a Chief Yeoman in the Navy, was transferred to Del Mar, California.[2]

In high school, Tai was captain of the cheerleading squad, a member of the drill team, and played softball, basketball, and did the hurdles in track.[2]

She attended the Big Apple Anime Fest, held in New York City in October 2001, for her voice acting role in the Japanese OVA Koihime parts 1 & 2 (playing the character "Nami"),[2] and she was an Opening Night Guest of Honor along with Asia Carrera at the fest's Midnight Anime Concourse.[8]

She self-identifies as bisexual[9] and she plays the piano.[2]