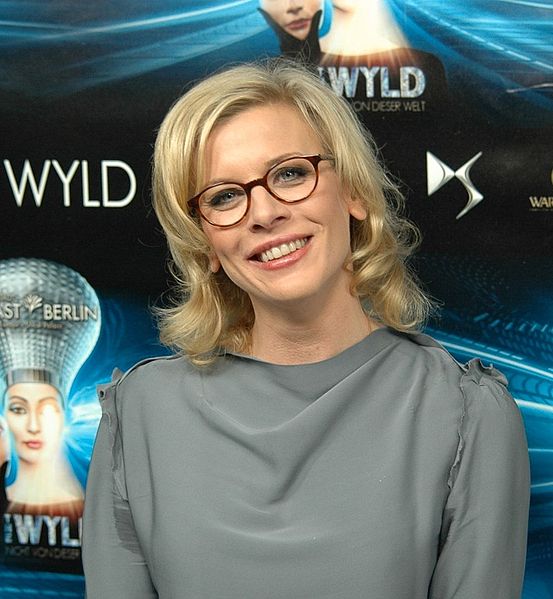 Eva Felicitas Habermann (born 16 January 1976) is a German actress who has appeared in numerous films and TV series. She is best known for playing the role of Zev Bellringer in the television series Lexx. She was succeeded in her role by Xenia Seeberg.

While studying for (the German equivalent of) her Senior High School diploma ("Advanced Placement" courses only), Eva received singing and dancing lessons. Soon after graduation, she obtained her first television role in Lexx. She also moderated the children Pumuckl TV broadcast on German TV (1995/1996).

Lexx was on a two year hiatus between seasons 1 and 2. During this time Eva appeared in the ZDF series Rosa Roth and the ARD series The Beach Club as well as appearing in the Rosamunde Pilcher film Two Sisters. Due to scheduling conflicts, she was ultimately unable to commit to the second season of the show, although she was able to free up enough time in her schedule to appear in the first two episodes, allowing the writers to deal with her character properly.

In 1999, she took drama lessons and played in such German TV series as The Crime Scene, The Investigators, The Commissioner and Wild Angels.

In 2005, she was in the new episodes of the twenty-year-old series The Black Forest Clinic and in 2006 she was seen in the TV movie In heaven you write love differently alongside Erol Sander.

In 2008, she played again with Sander the role of Olivia O'Rourke in the film Who Loves Promises by Rebecca Ryman.

In August 2014, Habermann helped to raise awareness of the disease ALS by participating in the Ice Bucket Challenge.