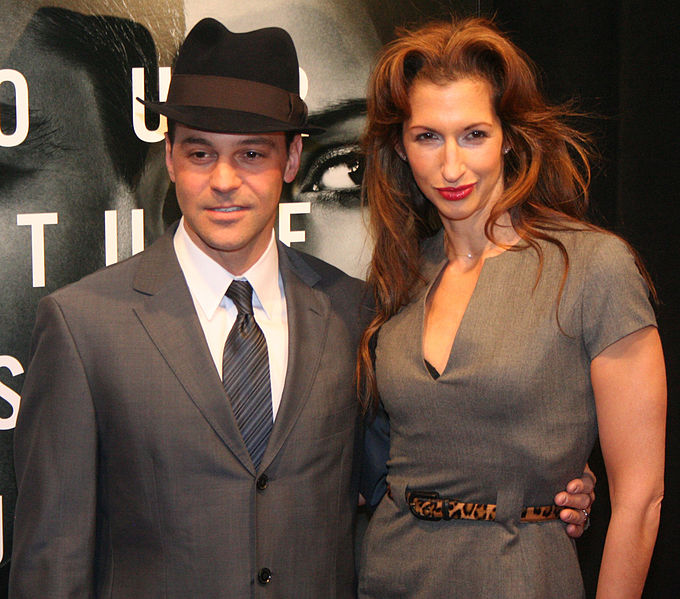 David Alan Basche (born August 25, 1968) is an American actor. He is the best known for playing Todd Beamer in the film United 93, directed by Paul Greengrass. He has appeared in regional and professional theater, film and television including guest appearances on numerous television dramas.

Basche was born in Hartford, Connecticut. His first acting role was in a school production of The Adventures of Tom Sawyer when he was in the sixth grade at West Hartford's Norfeldt Elementary School. Basche, who describes his demeanor then as an "angry, smart-ass kid," tried out for and landed the lead role after a school counselor suggested he take up acting to channel some of his anger and emotion.[1] Basche appeared in several plays presented by the Greater Hartford Jewish Community Center[2] while he was a student at King Philip Middle School, and he had roles in 10 school plays during his four years at William H. Hall High School in West Hartford.[2] Basche then went on to Emerson College, starting out as a communications major before switching to performing arts.[3]

His first major exposure was starring in Oh Grow Up, a short-lived sitcom created by Alan Ball. He later played the role of Steven Keats for two seasons in the NBC sitcom Three Sisters. He appeared in the 2005 motion picture War of the Worlds in the role of Tim, the stepfather of Dakota Fanning and Justin Chatwin's characters. In 2006 he played Todd Beamer in United 93. David landed the lead role in 2007's I'll Believe You, a family-friendly sci-fi comedy. In 2008 he was "Mike Harness" in Lipstick Jungle on NBC for two seasons, and simultaneously played "Kenny Kagan" on The Starter Wife on USA. In 2010 he guest starred on Law & Order: Special Victims Unit, White Collar, Law & Order: Criminal Intent and The Mentalist. He appeared in the film Sex and The City 2 as a guest at the wedding. Basche had a small role in the 2017 mystery film The Vanishing of Sidney Hall.[4]

Basche starred in the TV Land original series The Exes, which premiered on November 30, 2011. The series ended on September 16, 2015.

Basche is married to the actress Alysia Reiner; they met during a summer stock production of Shakespeare's Twelfth Night.[5] The couple has a daughter, Livia Charles Basche, born December 5, 2008.[6]

David has a tattoo on his left wrist that says "There Is No Perfect."