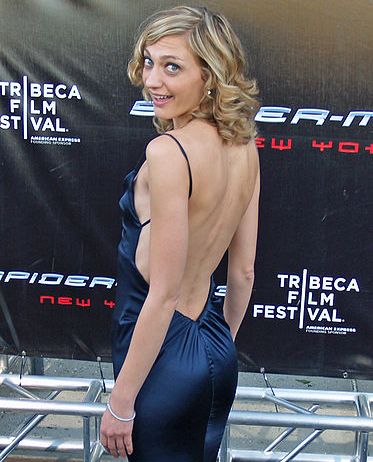 Mageina Tovah (born July 26, 1979) is an American actress. She is best known for her roles as Glynis Figliola in the television series Joan of Arcadia (2003-2005) and as Ursula Ditkovich in Sam Raimi's Spider-Man trilogy.

Tovah was born Mageina Tovah Begtrup in Honolulu, Hawaii, where her father was a US Army psychiatrist in the Green Berets, and her mother was an Army physical therapist. Her family later settled for a time in Clarksville, Tennessee before moving to Nashville. Mageina attended Martin Luther King Junior Magnet High School in Nashville. She skipped a year of high school, taking both her Junior year of honors English and her Senior year of AP English at the same time. She graduated from high school at the age of 16. For college, Mageina started at The California Institute of the Arts, and graduated magna cum laude from USC in three and a half years. She later moved to New York City and Los Angeles. She is Jewish.[1][2][3]
Read more...

Tovah had a recurring role on Joan of Arcadia (2003-2005). Her television work also includes guest roles on a number of TV shows. These include Buffy the Vampire Slayer, NYPD Blue, Six Feet Under, The Shield, Cold Case, Crossing Jordan, American Horror Story, Private Practice, and The Magicians. Tovah's feature film work includes roles in The SpongeBob SquarePants Movie, Dark Heart, Failure to Launch, Bickford Shmeckler's Cool Ideas, and a recurring role as Ursula Ditkovich in the films Spider-Man 2 and Spider-Man 3.