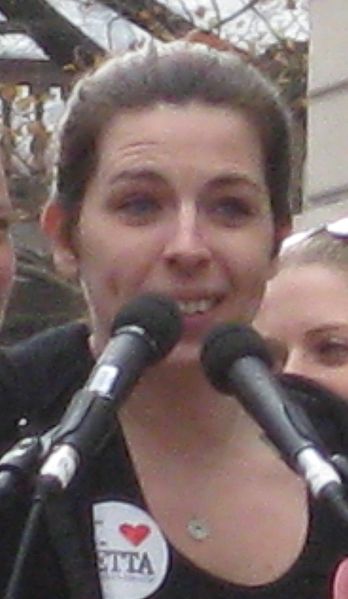 Matarazzo was born and raised in Oyster Bay, New York, the daughter of Camille, a homemaker, and Ray Matarazzo, a data processing manager for a bakery chain.[2] Matarazzo is of Irish descent, and was adopted and raised by the Matarazzos, a strict Catholic Italian American family.[3]
Read more...

Matarazzo began acting at the age of six; after commandeering the microphone at an AIDS benefit for children, she was given the card of a talent manager with whom she remained for ten years.[4]

In 1997, she won an Independent Spirit Award for her performance in Welcome to the Dollhouse. Matarazzo has expressed pleasure in being allowed to play interesting characters, some of whom "are ostracized for various reasons." She has commented that she is most proud of her performance in 1999's Our Guys: Outrage in Glen Ridge, in which she played a mentally challenged girl who is raped by football players.[5] In 1999 to 2000 she portrayed Heather Wiseman in the short-lived TV series, Now and Again. In 2000 she appeared in the teen romantic comedy film The Princess Diaries as Lilly Moscovitz and reprised her role in the 2004 sequel The Princess Diaries 2: Royal Engagement.

Matarazzo has made appearances on several hit TV shows including Roseanne, Law & Order, The L Word, Greys Anatomy and Strangers With Candy.[6] Matarazzo starred opposite Thaao Penghlis in the world premiere of Charles Evered's play Class at Cape May Stage in Cape May, New Jersey in May and June 2010.[7]

In 2011, Matarazzo announced that she would begin working on her directorial debut, a television series to be based on a memoir by author Diane Hanks, titled Summer Camp: A Memoir.[8]

Matarazzo is openly lesbian.[5] On July 31, 2008, Matarazzo's publicist announced that Matarazzo was engaged to musician Caroline Murphy.[9] She was the keynote speaker at the Gay, Lesbian and Straight Education Network of Boston's annual conference. In 2012, popular media news outlets announced that Matarazzo and Murphy had split amicably.[10] On January 11, 2018, Matarazzo proposed to her girlfriend, comedian and writer Heather Turman, and the two are currently engaged.[11]

Matarazzo revealed that she was scheduled to be at a meeting on the 15th floor of One World Trade Center on September 11, 2001, shortly after the attacks occurred.[12]

In 2017, Matarazzo was awarded an honorary doctorate of Fine Arts from online education enabler InterActive.[citation needed]

Matarazzo endorsed and actively campaigned for Senator Bernie Sanders for President in the 2016 U.S. presidential election.[13]