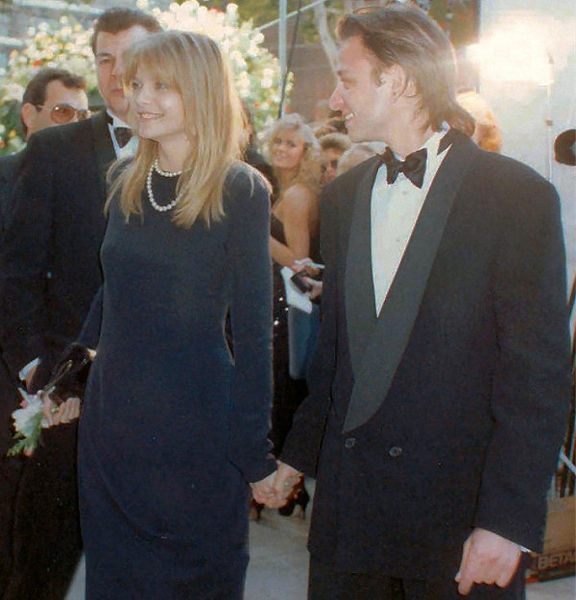 Fisher Stevens (born Steven Fisher; November 27, 1963) is an American actor, director, producer and writer. As an actor, he is best known for his portrayals of Ben Jabituya in Short Circuit (renamed "Ben Jahveri" in the sequel), Chuck Fishman on the 1990s television series Early Edition and villainous computer genius Eugene "The Plague" Belford in Hackers. His most recent successes include the 2010 Academy Award for Best Documentary Feature for his film The Cove and the 2008 Independent Spirit Award for Best Documentary Feature for his film Crazy Love. In addition, he has directed the Leonardo DiCaprio-produced documentary Before the Flood, which is executive produced by Martin Scorsese, has screened at the Toronto International Film Festival, and was screened by National Geographic on October 21, 2016.

He was born Steven Fisher in Chicago, Illinois, the son of Sally, a painter and AIDS activist and Norman Fisher, a furniture executive.[1] Steven has described himself as a "thin, Jewish kid from Chicago."[2]
Read more...

As an actor, he is known for his portrayals of Chuck Fishman on Early Edition, Seamus O'Neill on Key West, Eugene "The Plague" Belford in Hackers, Iggy in Super Mario Bros., Hawk Ganz in The Flamingo Kid, and his role as Ben Jabituya/Jahveri in Short Circuit and Short Circuit 2.[2] His television credits include Columbo, Frasier, Friends, Law & Order, Key West, Damages, and Lost. He appeared on two episodes of the television series Numb3rs.[3]

Fisher also has a Broadway and off-Broadway career spanning nearly three decades. He played Jigger Craigin in the 1994 Lincoln Center revival of Rodgers and Hammerstein's Carousel. He had an early success in the 1982 Broadway production of Torch Song Trilogy playing David, the adopted son of the gay protagonist played by the show's writer Harvey Fierstein, and the original Broadway production of Brighton Beach Memoirs, where he succeeded Matthew Broderick in the starring role of Eugene. Throughout his career, he has acted in and directed more than 50 stage productions.[4]

In June 2010, Stevens made his major theatrical directing debut with John Leguizamo's one-man show, Ghetto Klown (originally called Klass Klown), which eventually ran on Broadway from March to July 2011.[5][6] The two had appeared together in a production of A Midsummer Night's Dream at The Public Theater about 20 years earlier. On July 13, 2012, PBS debuted Tales From a Ghetto Klown, a documentary about the development of the show which prominently features Stevens.[7]

In 2010, Stevens won the Academy Award for Best Documentary Feature for co-producing The Cove.[8]

He directed the 2012 crime story Stand Up Guys, starring Al Pacino and Christopher Walken. He also teamed up with Alexis Bloom to direct the film Bright Lights: Starring Carrie Fisher and Debbie Reynolds, which premiered at the Cannes Film Festival in 2016.