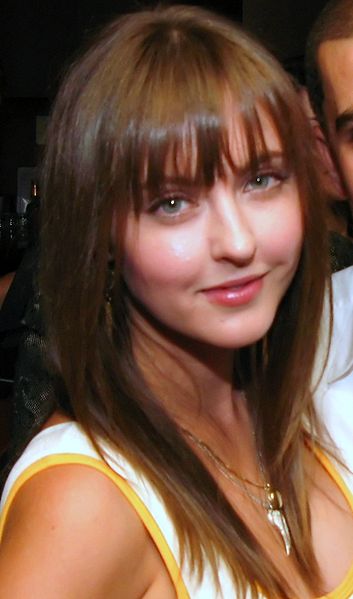 Katharine Isabelle Murray (born November 2, 1981) is a Canadian actress. She made her film debut in the romantic comedy film Cousins (1989), followed by supporting roles in numerous films and television series. Initially credited as Katie Murray, she later began using the name Katherine Isobel and subsequently, Katharine Isabelle. She is best known for her roles as Ginger Fitzgerald in the werewolf horror films, Ginger Snaps (2000), Ginger Snaps 2: Unleashed (2004) and Ginger Snaps Back: The Beginning (2004) and Margot Verger in the NBC psychological thriller-horror television series Hannibal (2014-15). Her other film credits include Disturbing Behavior (1998), Carrie (2002), Freddy vs. Jason (2003), 30 Days of Night: Dark Days (2010) and American Mary (2012), for which she earned several nominations for best actress, including the Fangoria Chainsaw Awards, Screamfest Horror Film Festival and Toronto After Dark Film Festival.

Isabelle was born on November 2, 1981 in Vancouver, British Columbia. Her father, Graeme Murray, is an art director and production designer who has won two Emmy Awards for his special effects work on the television series The X-Files.[1] Her mother, Gail Murray, is an amateur Vancouver writer and producer. Isabelle is the sister of journalist and former child actor, Joshua Murray.[2]
Read more...

In 1989, Isabelle broke into acting with parts in the films Cousins, Cold Front, and an episode of MacGyver.[3] In 1992, she played the role of Erica Sanderson in Knight Moves. American audiences took notice of her performance as Lindsay Clark in the teen thriller, Disturbing Behavior (1998).[3]

In 2008, Isabelle received the Gemini Award for Best Performance by an Actress in a Featured Supporting Role in a Dramatic Program or Mini-Series for her role in the critically acclaimed The Englishman's Boy.[3][4]