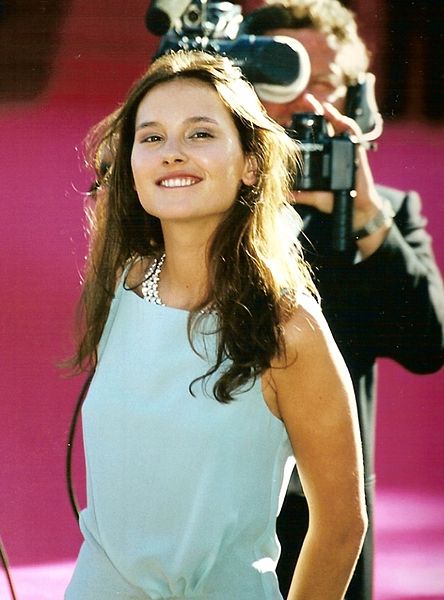 Virginie Fernandez (born 15 November 1976),[1] known by her stage name Virginie Ledoyen, is a French actress who has appeared in several French and American films.

Born in Aubervilliers, the daughter of Olga, a restaurateur, and Bernard Fernandez, a merchant who sold cleaning products.[2] Her paternal grandfather was Spanish.[3] She was a print model from the age of two and later took on the stage name "Ledoyen" after the maiden name of her maternal grandmother, who was a stage actress.

Ledoyen's film breakthrough came with A Single Girl (1995) (stylized la fille seule), for which she was nominated for a César Award for Most Promising Actress. Also she received two César Award nominations for Les marmottes (1993) and L'eau froide (1994). Outside France, her best-known role is in The Beach (2000). In the fall of 2000, she signed a contract as a spokesmodel with the cosmetics company L'Oréal. She was featured alongside two models, Laetitia Casta and Noémie Lenoir. She portrayed the character Cosette in the 2000 French television miniseries of Les Misérables.

In 2013 Ledoyen was named as a member of the jury at the 70th Venice International Film Festival.[7]

Ledoyen at the 2015 Cannes Film Festival.