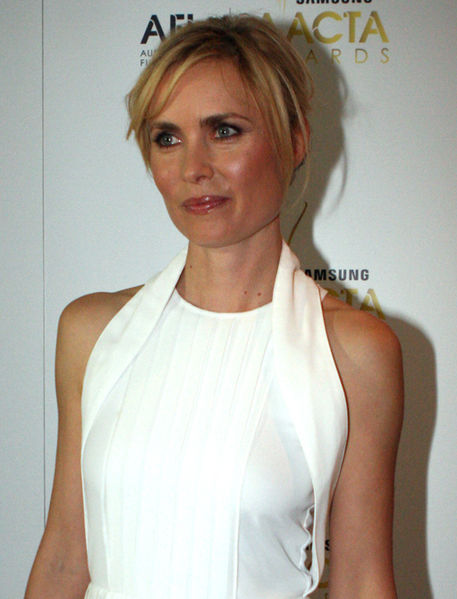 Mitchell was born in Melbourne. Her mother is a model-turned-fashion-designer and her father is a filmmaker; the couple divorced when she was young.[1][2] Her first name Radha (Sanskrit राधा ) comes from Hinduism. The other parts of her name coming from Indian origin are Rani (रानी - queen) and Ananda (आनन्द - joy). She credits her name as being 'a creative byproduct' of her mother's experiences exploring spirituality in India during the 1970s.[3] She attended St Michael's Grammar School in St Kilda and graduated in 1992.
Read more...

In 1997 she starred in two films, High Art and Everything Put Together, both Independent Spirit Award winners. Other films—including Pitch Black opposite Vin Diesel, Phone Booth opposite Colin Farrell, and Man on Fire opposite Denzel Washington—soon followed.

Mitchell gained recognition for her performance in the Academy Award–winning Finding Neverland, which co-starred Johnny Depp and Kate Winslet. This performance earned the cast a Screen Actors Guild Award nomination for Outstanding Cast in a Motion Picture.

Mitchell then took the title roles in Woody Allen's Melinda and Melinda (2004), alongside Chloë Sevigny, followed by a part with Josh Hartnett in Mozart and the Whale. She then starred in the film adaptation of the video game Silent Hill (2006), opposite Laurie Holden and Sean Bean. Though the horror film received mixed reviews from critics, it opened at number one at the box office, with over $20 million in sales.[6] In 2008, Mitchell starred in Rogue with Michael Vartan, as well as Henry Poole Is Here opposite Luke Wilson and The Children of Huang Shi opposite Jonathan Rhys-Meyers.

For her role in Claire McCarthy's The Waiting City, Mitchell won Best Actress in October 2010 at the Antipodes Film Festival, in St. Tropez, France.[7]

In 2013, Mitchell played the lead role on the ABC drama series Red Widow,[8] and appeared, opposite Gerard Butler, in the action-thriller film Olympus Has Fallen.[9]