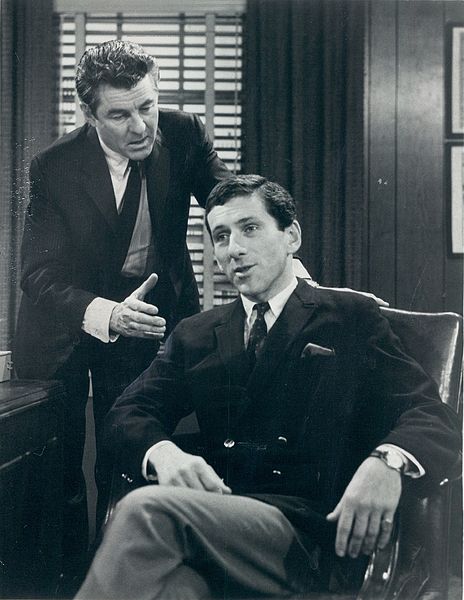 Barry Foster Newman (born November 7, 1938) is an American actor of stage, screen and television [1] known for his portrayal of Kowalski in Vanishing Point,[2] and for his title role in the 1970s television series Petrocelli.[3] He has been nominated for Golden Globe and Emmy awards.

After graduating from Brandeis University with a degree in Anthropology, Newman was drafted into the army and having learned saxophone and clarinet in high school he was assigned to the 3rd Army band in Atlanta Georgia. After being discharged Newman went to New York to receive his master's degree in Anthropology from Columbia University, when a friend, who was studying acting with Lee Strasberg.[4] invited him to sit in on the class. His destiny changed as he fell in love with acting and left Columbia University after only five weeks, to study acting with Lee Strasberg.[citation needed]

Newman's first acting job was in Herman Wouk's first comedy, Nature's Way, in which he played a jazz musician who, coincidentally, played saxophone, for which Newman received his very first Broadway review, in which New York critic Richard Watts called him, " The creme of the Jesters". This was followed by a featured part in the play Maybe Tuesday, written by Mel Tolkin, Sid Caesar's head writer, and Lucille Kallen, Imogene Coca's head writer.

Newman then went on to star in the New York production of the longest running play on the British stage, Agatha Christie's The Mousetrap. After numerous parts on Broadway, in the musical What makes Sammy Run, Sidney Kingsley's Night Live, America Hurrah, to name a few, Newman went on to do TV and movies. While working at nights on Broadway in What Makes Sammy Run, Newman starred as attorney John Barnes in the daytime drama, The Edge of Night for two years. Earlier, Newman also co-starred in his first film, the gangster potboiler, Pretty Boy Floyd (1960) but he made his breakthrough with his first starring role in The Lawyer (1970), directed by Sidney Furie, for which Newman received critical acclaim. Newman then went on to star in the 1971 cult movie Vanishing Point, as Kowalski, followed by starring roles in 20th Century Fox's Salzburg Connection, and Paramount's Fear Is The Key. In 1974 he starred in the hit NBC TV Series Petrocelli.

After Petrocelli, Newman starred in the film City On Fire with Henry Fonda and Ava Gardner, then in Disney's Amy. He starred or co-starred in more than twenty TV movies of the week, including ABC's King Crab, which won the ABC Theater Award. He also co-starred in several mini-series including NBC's Fatal Vision. Variety called Newman "The Spencer Tracy of the 80's".

In 1989 Barry Newman starred with Suzanne Pleshette in the television series Nightingales, playing Dr. Garret Braden. Then, in the early 1990s, Newman went to London to star in the BBC's production of Miss Marple, The Mirror Cracked, with Claire Bloom. During the 1990s Newman went back to co-star in movies such as Daylight with Sylvester Stallone; Bowfinger, starring Steve Martin and Eddie Murphy; and in Steven Soderbergh's comeback movie The Limey, amongst others.

Director Richard C. Sarafian's original choice for the role of Kowalski was Gene Hackman but the studio, 20th Century Fox, insisted on using Newman.[5] The film was not initially a success in the United States when it first opened in 1971 but received critical acclaim and was a commercial success in Europe.[citation needed]

Newman's success with the two hour TV film Night Games, based on the 1970 movie The Lawyer, led to the NBC TV series, Petrocelli, starring Newman as a compassionate big-city lawyer, living and working in the fictional town of San Remo, Arizona (filmed in Tucson, Arizona). He was nominated for an Emmy in 1975 for Outstanding Lead Actor In A Drama Series and, in 1976, for a Golden Globe.[citation needed]