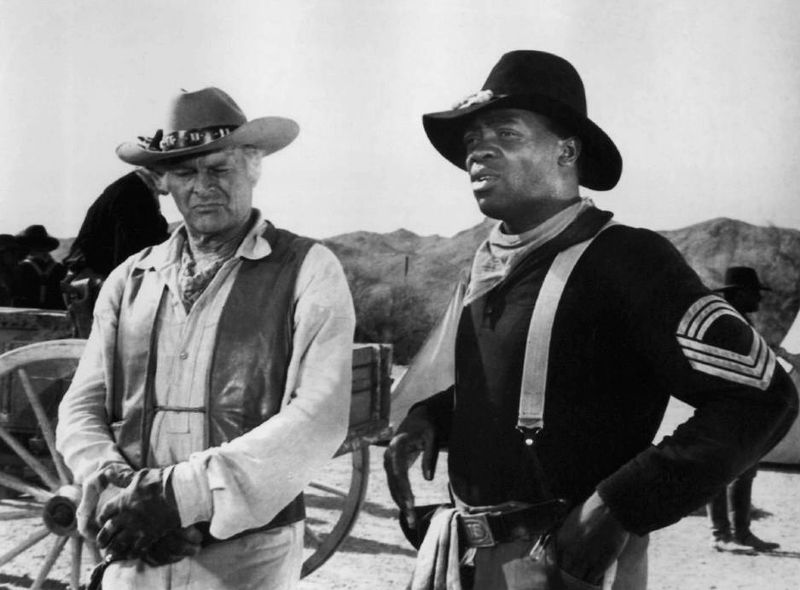 Yaphet Frederick Kotto (born November 15, 1939) is an American actor known for numerous film roles, as well as starring in the NBC television series Homicide: Life on the Street (1993-99) as Lieutenant Al Giardello. His films include the science-fiction/horror film Alien (1979), and the Arnold Schwarzenegger science-fiction/action film The Running Man (1987). He portrayed the main villain Dr. Kananga/Mr. Big in the James Bond movie Live and Let Die (1973). He appeared opposite Robert De Niro in the comedy thriller Midnight Run (1988) as FBI agent Alonzo Mosely.

Kotto was born in New York City. His mother was Gladys Marie, a nurse and U.S. Army officer. His father is Avraham Kotto (originally named Njoki Manga Bell), a businessman from Cameroon who immigrated to the United States in the 1920s. In his autobiography titled Royalty, Kotto writes that his father was "the crown prince of Cameroon": however, Cameroon is a republic and its monarchs have limited responsibilities as auxiliaries of the state, which they must support at all times, Cameroon being a typical example of an intrastate African monarchy.[1]

Kotto said he learned that his father's family was royal in adult life while studying his family's lineage, and said he is also a descendant of Queen Victoria, through Princess Nakande, daughter of King Doualla Manga Bell of Cameroon, who Kotto says had an affair with Britain's Edward VII while he was the prince of Wales in the late 19th century.[2][3] According to Kotto, his father was an observant Jew who spoke Hebrew. Kotto's mother, who was of Panamanian descent, converted to Judaism before marrying his father.[4] Kotto claims that his great-grandfather, whom he names "King Alexander Bell" ruled the Douala region of Cameroon in the late-19th century and was also a practicing Jew.[1] Kotto has said that his paternal family originated from Israel many centuries ago, migrating to Egypt and then Cameroon, and have been African Jews for many generations.[5][6] His claim of being a descendant of Queen Victoria has been denied by the Buckingham Palace press office.[2]

Kotto has said that being a black Jew made it more difficult for him as a child. "It was rough coming up," Kotto said. "And then going to shul, putting a yarmulke on, having to face people who were primarily Baptists in the Bronx meant that on Fridays, I was in some heavy fistfights."[7][8]

The Bell family is a very powerful, well-known and respected royal family in the Wouri estuary of what is now the Republic of Cameroon, with authority over the township of Bell. They were leaders of the Duala people long before Cameroon became a republic. The European colonists were the first to call the Duala leaders kings. The first Duala leader to use the title was King Ndumbe Lobe Bell, who succeeded his father Lobé Bébé Bell in 1858 and ruled until 1897. In 1914 King Rudolf Duala Manga Bell was executed for high treason by the Germans, who suppressed the monarchy in the colony they controlled. Under the laws of the current Republic of Cameroon (founded 1960), the reigning prince is considered an auxiliary of the state which he must support at all times. On January 24, 2014 Jean Yves Dieudonné Gaston Eboumbou Douala Manga Bell succeeded his father Prince René Douala Manga Bell.[9][10]

By the age of sixteen, Kotto was studying acting at the Actors Mobile Theater Studio, and at 19, he made his professional acting debut in Othello. He was a member of the Actors Studio in New York. Kotto got his start in acting on Broadway, where he appeared in The Great White Hope, among other productions.

His film debut was in 1963 in an uncredited role in 4 For Texas.[citation needed] He performed in Michael Roemer's Nothing But a Man (1964) and played a supporting role in the caper film The Thomas Crown Affair (1968) . He played John Auston, a confused Marine Lance Corporal, in the 1968 episode, "King of the Hill", on the first season of Hawaii Five-O. In 1973 he landed the role of the James Bond villain Mr. Big in Live and Let Die, as well as roles in Across 110th Street and Truck Turner. Kotto portrayed Idi Amin in the 1977 television film Raid on Entebbe. He also starred as an auto worker in the 1978 film Blue Collar.

The following year he played Parker in the sci-fi-horror film Alien. He followed with a supporting role in the 1980 prison drama Brubaker. In 1983, he guest-starred as mobster Charlie "East Side Charlie" Struthers in The A-Team episode "The Out-of-Towners". In 1987, he appeared in the futuristic sci-fi movie The Running Man, and in 1988, in the action-comedy Midnight Run, in which he portrayed Alonzo Moseley, an FBI agent.

A memo from Paramount indicates that Kotto was among those being considered for Jean-Luc Picard in Star Trek: The Next Generation, a role which eventually went to Patrick Stewart.[11]

Kotto was cast as a religious man living in the southwestern desert country in the 1967 episode, "A Man Called Abraham", on the syndicated anthology series, Death Valley Days, hosted by Robert Taylor. In the story line, Abraham convinces a killer named Cassidy (Rayford Barnes) that Cassidy can change his heart despite past crimes. When Cassidy is sent to the gallows, Abraham provides spiritual solace. Bing Russell also appeared in this segment.[12]

He has written two books: Royalty, and The Second Coming of Christ, and also wrote scripts for Homicide: Life on the Street (1993-1999).

In 2014, Kotto portrayed the voice of Parker for the video game Alien: Isolation, reprising the same role he played in the movie Alien in 1979.[13]

His first marriage was to Rita Ingrid Dittman, whom he married in 1962. They had three children together. They divorced in 1975.

Kotto's second marriage was to Antoinette Pettyjohn, on January 29, 1975. They had two children together and divorced in 1992. She died that same year of cancer.