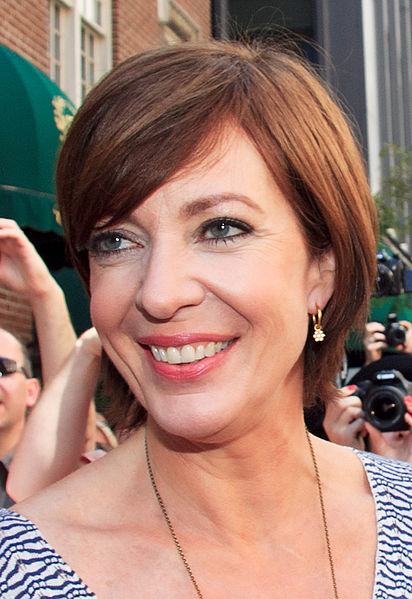 Born in Boston, Massachusetts, and raised in Dayton, Ohio, Janney won a scholarship to study at the Royal Academy of Dramatic Art in the summer of 1984, following her graduation from Kenyon College. After years of minor and uncredited film and television appearances, Janney's breakthrough occurred with her portrayal of White House Press Secretary (and later White House Chief of Staff) C. J. Cregg on the NBC political drama The West Wing (1999-2006), for which she received four Primetime Emmy Awards. The character was widely popular during the airing of the series and was later recognized as one of the greatest female characters on American television, as well as being hailed as a feminist role model. In 2014, she won the Primetime Emmy Award for Outstanding Guest Actress in a Drama Series for her role as Margaret Scully on the Showtime period drama Masters of Sex. In 2014 and 2015, she won the Primetime Emmy Award for Outstanding Supporting Actress in a Comedy Series for her role as Bonnie Plunkett on the CBS sitcom Mom (2013-present).

Janney made her professional stage debut with the Off-Broadway production Ladies and followed with numerous bit parts in various similar productions, before making her Broadway debut in the 1996 revival of Present Laughter. She won Drama Desk Awards and received Tony Award nominations for her performances in the 1997 Broadway revival of A View from the Bridge, and the 2009 original Broadway production of the musical 9 to 5.

Allison Brooks Janney was born on November 19, 1959, in Boston, Massachusetts, and raised in Dayton, Ohio. She is the daughter of Macy Brooks (née Putnam), a former actress and homemaker, and Jervis Spencer "Jerv" Janney, Jr., a real estate developer and jazz musician.[2][3] She is one of three siblings.

Janney attended the Miami Valley School in Dayton, where she was named a distinguished alumna in 2005,[4] and the Hotchkiss School in Connecticut, where she was named Alumna of the Year in 2016.[4] She then attended Kenyon College in Gambier, Ohio. At Kenyon, she studied with Paul Newman, an alumnus of Kenyon. He directed her in a play as the inaugural event of the school's newly dedicated Bolton Theater. Newman and his wife, Joanne Woodward, encouraged Janney to continue acting. She then went on to train at the Neighborhood Playhouse School of the Theatre in New York and did summer programs at the Royal Academy of Dramatic Art in London.[5] She attended The Neighborhood Playhouse the same years as actor Dylan McDermott. She completed two years at the Neighborhood Playhouse along with Steven Rogers.[4]

Janney at the Deauville American Film Festival in 2011

Janney's first role on television was in the short-lived black-and-white faux-1940s comedy Morton & Hayes; she appeared in two episodes of the 1991 CBS series as Eddie Hayes' wife. She then moved on to soap operas; she first played Vi Kaminski for a short time on As the World Turns, following up with a two-year role as Ginger, one of the Spaulding maids, on Guiding Light. In the spring of 1994, she appeared in the season-four finale of Law & Order, entitled "Old Friends", as a reluctant witness against a member of the Russian mob. She was also a cast member on the radio show A Prairie Home Companion.

Janney appeared in the short-lived Studio 60 on the Sunset Strip in a guest appearance as herself in the episode "The Disaster Show". In 2010, she appeared as Allison Pearson in In Plain Sight. In May 2010, she appeared in the antepenultimate episode of the ABC television series Lost as the adoptive mother of the show's two mythological opponents, Jacob and The Man in Black. She starred in the ABC network comedy Mr. Sunshine. The series, which was created by Matthew Perry, was a mid-season replacement for the 2010-11 television season.[6][7] For her role in the sitcom Mom, opposite Anna Faris, she won the Primetime Emmy Award for Outstanding Supporting Actress in a Comedy Series in 2014 and 2015. In 2014, she won the Primetime Emmy Award for Outstanding Guest Actress in a Drama Series for her recurring role in the period drama Masters of Sex. On the Disney Channel animated show Phineas and Ferb, Janney voiced Charlene.

Janney has appeared in numerous films, including the 1990s films American Beauty, The Object of My Affection, Big Night, The Impostors, Drop Dead Gorgeous, The Ice Storm, Primary Colors, 10 Things I Hate About You, and Private Parts, and the early 2000s films Nurse Betty, The Hours, The Chumscrubber, How to Deal, Winter Solstice, and a considerable voice role in the animated movie Finding Nemo, voicing Peach, the starfish.

In 2006, she had roles in the feature films Margaret and Over the Hedge. That same year, Janney was nominated for the Independent Spirit Award for Best Supporting Female for her performance in the film Our Very Own. In 2007, she appeared in Juno, playing the part of Bren MacGuff, the title character's stepmother, for which she won the Austin Film Critics Association Award for Best Supporting Actress. In the same year, Janney appeared in the Golden Globe Award-nominated film Hairspray as Prudy Pingleton, Penny's (Amanda Bynes) strict and religious mother. She appeared in such films as The Help (2011), Struck by Lightning (2012), and Liberal Arts (2012). Janney appeared in the 2015 films Spy and The DUFF. She then co-starred in the fantasy film Miss Peregrine's Home for Peculiar Children,[8] and portrayed a homicide detective in the mystery thriller The Girl on the Train.[9]

Immidiately following the sucess of I, Tonya, Janney was cast in Troupe Zero, opposite Viola Davis, The Addams Family, Bad Education, opposite Hugh Jackman, as well as in the ensemble Fair and Balanced.[11][12][13][14] Additionally, Janney will film lead roles in Breaking News in Yuba County, as well as in Lou, in early 2019.[15][16]

Janney has remained active in theater. Her first Broadway role was in the 1996 revival of Present Laughter, opposite Frank Langella. In 1998, she was nominated for a Tony Award for her role in Arthur Miller's A View from the Bridge.[17] In 2007, she participated in a workshop for a new musical of the film 9 to 5.[18] In late 2008, Janney joined Broadway stars Stephanie J. Block, Megan Hilty, and Marc Kudisch in 9 to 5. Based on the film of the same name, Janney starred as Violet Newstead, the super-efficient office manager, played by Lily Tomlin in the original film. She was nominated for the Tony Award for Best Actress in a Musical[19] and won the Drama Desk Award for Outstanding Actress in a Musical for the role.[20] In 2017, Janney returned to Broadway to play the leading role of Ouisa Kittredge in John Guare's Six Degrees of Separation.[21]

In 2004, she began lending her voice to television and radio spots created by Kaiser Permanente in the health maintenance organization's broad "Thrive" media campaign, and in a radio campaign for the American Institute of Architects.[22] In September 2010, it was announced that Janney would be the voice of the Aly San San spokesdroid in the Disney attraction Star Tours - The Adventures Continue.[23] The attraction later opened at Disney's Hollywood Studios and Disneyland. In October 2016, Janney became the first woman to receive the Alumni Award of The Hotchkiss School[24] and received a star on the Hollywood Walk of Fame for her work in the television industry, located at 6100 Hollywood Boulevard.[25][26]

In interviews related to her role on Mom, Janney discussed her brother, Hal, who fought addiction and committed suicide.[27] On March 4, 2018, Janney dedicated her Academy Award win to him during her acceptance speech. Janney has never married and has no children.[28]

Main article: List of awards and nominations received by Allison Janney
Report a problem
Get in touch with Allison Janney at FanPal • 2022