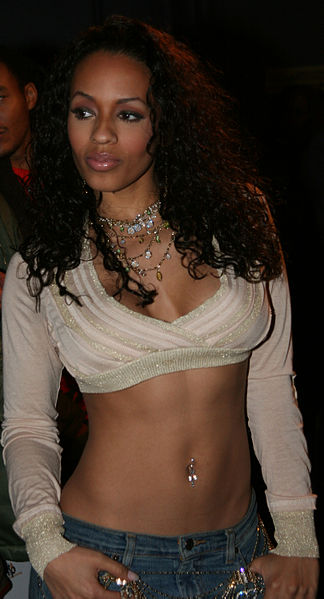 Melyssa Savannah Ford (born November 7, 1976) is a Canadian hip hop model and actress.[2] She attended York University and studied in the field of forensic psychology.[3] Ford's father is Afro-Barbadian and her mother is Russian and Norwegian. She is often referred to as Jessica Rabbit, an animated character whose sensuous figure Ford's is said to resemble.[1][4]

In the late 1990s, music video director Little X discovered Ford while she was working as a bartender at a Toronto nightclub and helped launch her modeling career.[5] She has appeared in music videos, men's magazines, television programs and films.[1] Ford was an on-air personality for Sirius Satellite Radio's Hot Jamz channel.[6] She sells a line of calendars and DVD.[7]

In a 2008 CNN interview, Ford said that when making music videos she often asked herself whether she was "perpetuating a negative stereotype" about black women. When she was asked whether music videos, overall, are "demeaning to women", Ford replied, "Yes, I definitely have to say that".[3]

As of 2014[update], Ford participates in the Bravo Network television series Blood, Sweat & Heels, documenting her social life against the background of her struggles of becoming a realtor in New York.[8]