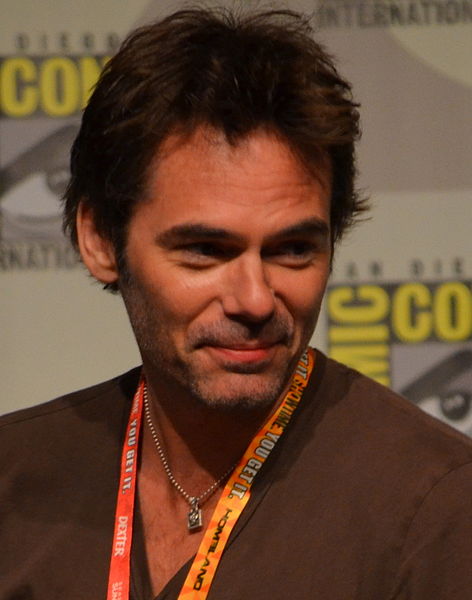 William Albert Burke (born November 25, 1966) is an American actor. He is known for his role as Charlie Swan in Twilight and its sequels. In 2011, he played Cesaire in Red Riding Hood. In 2012, he was cast as the lead character, Miles Matheson, in the NBC science-fiction series Revolution. From 2015 to 2017, he starred in the CBS series Zoo. He has also appeared in the supernatural horror film Lights Out (2016) and the thriller Breaking In (2018).

Burke was born in Everett, Washington. He is married to actress Pollyanna Rose; they have a daughter named Bluesy LaRue Burke.[1][2]
Read more...

He appeared in Feast of Love (2007), co-starring Selma Blair and Morgan Freeman, and he played Detective Eric Box in the film Untraceable (2008) with Diane Lane.

In 2008, Burke appeared in Twilight, based on the best-selling novel by Stephenie Meyer, playing the role of Charlie Swan.[3] He also portrayed Bobby's brother, Jack, on the show My Boys. Burke reprised his role as Charlie Swan in the Twilight sequels, New Moon,[4] Eclipse and Breaking Dawn - Part 1 and Part 2.

In February 2010, Burke was cast as Jonah King, the primary antagonist featured in the thriller Drive Angry,[5] which was directed by Patrick Lussier[6] and co-starred Amber Heard, Nicolas Cage, and William Fichtner.[7] It was released on February 25, 2011. In July 2011, Burke appeared in the TNT drama series Rizzoli & Isles.[8][9]

In 2012, he was cast as the lead in the NBC science-fiction series Revolution, created by Eric Kripke and produced by J.J. Abrams.[10] Burke reprised his role in The Closer (Season 7, episode 16, "Hostile Witness," playing the rapist and murderer, attorney Phillip Stroh). He appeared again in the series finale, "The Last Word", in a face-off against the LAPD. He later reprised the role in the spin-off Major Crimes with an ongoing impact on the show through its finale in 2018. From 2015-17, Burke starred as veterinary pathologist Mitch Morgan in CBS's Zoo, based on the James Patterson novel.[11] His recent credits include the films Good After Bad (2017) and Breaking In (2018).

In 2010, Burke released an album titled Removed. His second album, The Underkill, was released in 2018.[citation needed]