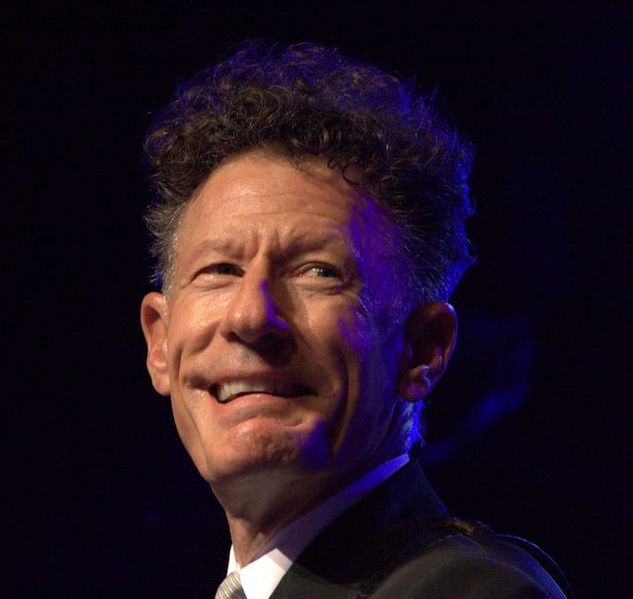 Lyle Pearce Lovett (born November 1, 1957)[1] is an American country singer-songwriter and actor. Active since 1980, he has recorded 13 albums and released 25 singles to date, including his highest entry, the number 10 chart hit on the U.S. Billboard Hot Country Songs chart, "Cowboy Man". Lovett has won four Grammy Awards, including Best Male Country Vocal Performance and Best Country Album. It's Not Big It's Large was released in 2007, where it debuted and peaked at number 2 on the Top Country Albums chart. A new studio album, Natural Forces, was released on October 20, 2009 by Lost Highway Records. The last studio album on his Curb Records contract, Release Me, was released in February 2012.

Lovett was born in Houston, Texas,[2][3][4] when his family lived in the nearby community of Klein. He is the son of William Pearce and Bernell Louise (née Klein) Lovett, a marketing executive and training specialist, respectively. He was raised in the Lutheran Church-Missouri Synod.[5] Lovett attended Texas A&M University, where he received Bachelor of Arts degrees in both German and Journalism in 1980. In the early 1980s, Lovett often played solo acoustic sets at the small bars just off the A&M campus.
Read more...

Lovett's music career began as a songwriter, but he soon signed with MCA Records in 1986 and released his eponymous debut album. While typically associated with the country genre, Lovett's compositions often incorporate folk, swing, blues, jazz and gospel music as well as more traditional country & Western styling. He has won four Grammy Awards, including Best Country Album (1996 for The Road to Ensenada), Best Country Duo/Group with Vocal (1994 for "Blues For Dixie" with the Texas swing group Asleep at the Wheel), Best Pop Vocal Collaboration (1994 for "Funny How Time Slips Away" with Al Green) and Best Country Male Vocal (1989 for Lyle Lovett and His Large Band).

Lyle Lovett performing on the Watson Stage at MerleFest in 2011, Wilkes County, N.C.

Lovett has acted in a number of films, including Robert Altman's films: The Player (1992), Short Cuts (1993), Prêt-à-Porter (1994), Bastard Out Of Carolina (1996), Cookie's Fortune (1999), and composed for Dr. T & the Women (2000). More recently, he has acted in The New Guy (2002) and Walk Hard: The Dewey Cox Story (2007). His television acting forays include Mad About You, Brothers & Sisters, The Bridge, Castle, and Dharma & Greg. The Bloodhound Gang's song "The Bad Touch" does a reference to Lovett: "And you'll Lovett just like Lyle". Lovett was given an award called an "Esky" for Surest Thing in Esquire's 2006 Esky Music Awards in the April issue. The magazine said of Lovett: "The secret of Lyle Lovett's endurance comes down to the three C's: class, charisma and consistency... In the studio and on stage with his giant orchestra, he's spent two decades gracefully matching genuine songcraft with A-list musicianship".

Lovett is referred to in the lyrics of the 1992 song, I Feel Lucky, by Mary Chapin Carpenter.

In 2010 Lovett appeared on an episode of Spectacle: Elvis Costello with... which also featured John Prine and Ray LaMontagne. He appeared on Castle in Season 3, Episode 9 in the role of a government agent.

In 2011, Lovett was named Texas State Artist Musician by the Texas Commission on the Arts.[7]

Lovett contributed a cover of Buddy Holly's "Well... All Right" for the tribute album Listen to Me: Buddy Holly, released on September 6, 2011.

In 2013 Lovett appeared in Episode 2 of The Bridge, an FX series, as Flagman, a lawyer.

Lovett plays a humorous role in Angels Sing, a family Christmas movie released by Lionsgate. Lovett appears alongside fellow music celebrities Willie Nelson and Harry Connick, Jr., and actor/musicians Connie Britton, Kris Kristofferson, and others.[8] In 1995, Lovett performed a duet with Randy Newman of You've Got a Friend in Me for Toy Story.

Lovett married actress Julia Roberts after meeting her on the set of The Player. Following a three-week romance, they eloped and married in June 1993 in Marion, Indiana. In March 1995, they divorced after less than two years of marriage. People magazine reported that the breakup was caused by career demands.[9] They remained friends afterwards.[10]

On March 28, 2002, Lovett was trapped by a bull against a fence on his uncle's farm in Klein, Texas, before being pulled to safety. He fully recovered after six months from a badly broken leg, and he began touring again in summer 2003.

Lovett was conferred the honorary degree of Doctor of Humane Letters by the University of Houston on May 15, 2010 at its general commencement ceremony.[12][13] His mother was in the audience as her son was presented with an honorary doctorate from the same university from which she had received her bachelor's degree in 1960.[14] His father was also a graduate of the Gerald D. Hines College of Architecture of the University of Houston.[12]

Lovett is also a horse enthusiast and co-owns and competes in reining competitions with world class Quarter Horse, Smart and Shiney.[15][16][17]