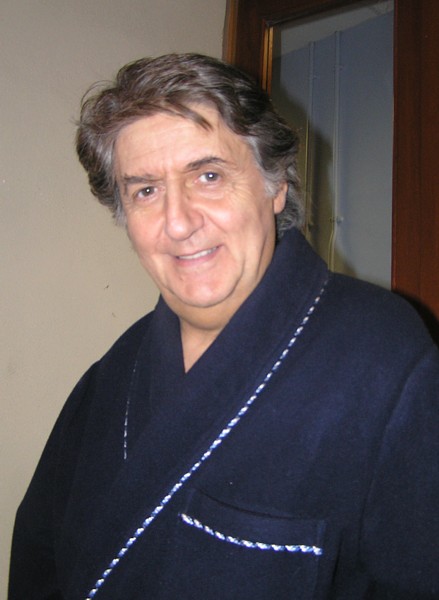 Thomas Antonio Conti (born 22 November 1941) is a Scottish actor, theatre director and novelist of Italian Scots descent. He won a Tony Award for Best Actor in a Play in 1979 for his performance in Whose Life Is It Anyway? He was nominated for an Academy Award for Best Actor for the 1983 film, Reuben, Reuben.

Conti was born in Paisley, Renfrewshire, the son of hairdressers Mary (née McGoldrick) and Alfonso Conti.[1] He was brought up Roman Catholic, but he considers himself anti-religious.[2] Conti's father was Italian and his mother was Scottish, of Irish ancestry.[3][4]

Conti was educated at Hamilton Park, an independent Catholic boys' school,[5] and at the Royal Scottish Academy of Music and Drama, both in Glasgow.

Conti is a theatre, film and television actor. He began working with the Dundee Repertory in 1959. He appeared on Broadway in Whose Life Is It Anyway? in 1979, and in London he played the lead in Jeffrey Bernard is Unwell at the Garrick Theatre.

Besides taking the leading role in the TV versions of Frederic Raphael's The Glittering Prizes and Alan Ayckbourn's The Norman Conquests, Conti appeared in the "Princess and the Pea" episode of the family television series Faerie Tale Theatre, guest-starred on Friends and Cosby, and played opposite Nigel Hawthorne in a long-running series of Vauxhall Astra car advertisements in the United Kingdom during the mid-1990s.

Conti's novel The Doctor, about a former secret operations pilot for intelligence services, was published in 2004. According to the foreword, his friend Lynsey De Paul recommended the manuscript to publisher Jeremy Robson.[6]

He appeared in the hit BBC sitcom Miranda alongside Miranda Hart and Patricia Hodge, as Miranda's father, in the 2010 seasonal episode "The Perfect Christmas".

Conti has been married to Scottish actress Kara Wilson since 1967 and their daughter Nina is an actress and a ventriloquist. According to Nina, her parents have an open marriage.[7]

Conti is a prominent resident of Hampstead in northwest London, having lived in the area for several decades. Conti was part of a campaign against the opening of a Tesco supermarket in nearby Belsize Park.[8] Conti put his Hampstead house up for sale in 2015 for £17.5 million after his long-running opposition to the building plans of his neighbour, the footballer Thierry Henry.[9] Conti had also opposed development plans for Hampstead's Grove Lodge, the 18th-century Grade II listed former home of novelist John Galsworthy.[10]

Conti participated in a genetic-mapping project conducted by the company ScotlandsDNA (now called BritainsDNA). In 2012 Conti and the company announced that Conti shares a genetic marker with Napoléon Bonaparte.[11] Conti has said that he "burst out laughing" when told he was directly related to Napoléon on his father's side.[11]

Conti considered running as the Conservative candidate in the 2008 London mayoral election, but did not, and in the following election in 2012 he supported unsuccessful independent candidate Siobhan Benita.[12] In the run up to the 2015 general election, Conti said in an interview published in several newspapers that he had come to view socialism as a religion with a "vicious, hostile spirit"[13] and that "conservatism was about enabling people to improve their lives."[14]