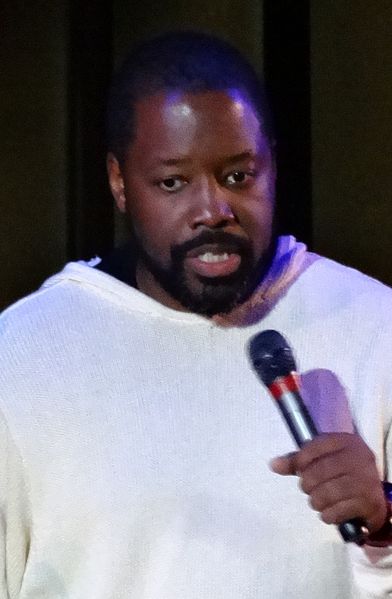 Kadeem Hardison (born July 24, 1965) is an American actor and director. He is best known for his role Dwayne Wayne on A Different World, a spin-off of the long-running NBC sitcom The Cosby Show. He also starred in the Disney Channel series K.C. Undercover as Greg Cooper, the title character's father.

Hardison was born in Bedford-Stuyvesant, Brooklyn, New York, the son and only child of Donald McFadden, an antique and fine art collector and Bethann Hardison, pioneering African-American runway model and advocate for diversity in the fashion industry.[1][2]
Read more...

Hardison was a starring cast member on the sitcom A Different World as Dwayne Wayne, and a regular cast member of K.C. Undercover and the short-lived sitcoms Abby and Between Brothers. His career was managed predominantly by his mother, Bethann Hardison. He has also guest starred on several other sitcoms, including Living Single, Girlfriends, Under One Roof, The Boondocks (as himself), Greek, Parenthood, and on Everybody Hates Chris as the judge. His movies include Rappin', School Daze, Def by Temptation, Vampire in Brooklyn, 30 Years to Life, Made of Honor, Escapee, The 6th Man, Drive, Renaissance Man, Panther, The Fantasia Barrino Story: Life Is Not a Fairy Tale, Bratz, Biker Boyz, Who's Your Daddy?, The Crow: Stairway to Heaven, I'm Gonna Git You Sucka, Blind Faith, Showtime, White Men Can't Jump, and "B.C. Butcher". He also appears as an actor in the 2013 PlayStation 3 exclusive video game Beyond: Two Souls as Cole Freeman.

Hardison was married to American singer Chanté Moore from 1997 until 2000; they have a daughter named Sophia (b. 1996). Hardison remains a close friend of actor Darryl Bell, who played his best friend Ron Johnson on A Different World; he makes an appearance alongside Bell on FOX's Househusbands of Hollywood.