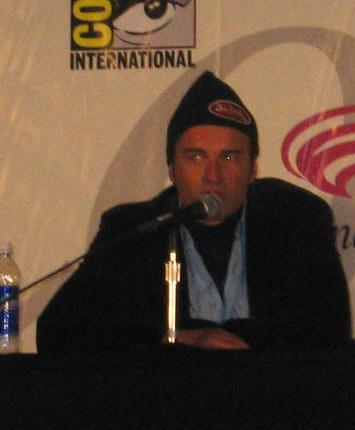 McMahon won recognition for his roles in television dramas, in portrayals of Ben Lucini in the Australian soap opera Home and Away (1989-91), as Cole Turner in the American supernatural drama Charmed (2000-03), and Christian Troy in the American medical drama Nip/Tuck (2003-10). He also appeared in films with leading and supporting roles, such as Chasing Sleep (2000) alongside Jeff Daniels, Doctor Doom in the Fantastic Four franchise (2005 and 2007), Premonition (2007) starring alongside Sandra Bullock, Red (2010) alongside Bruce Willis, and Bait (2012) alongside Dan Wyllie and Xavier Samuel.

McMahon's work in television, particularly with Nip/Tuck and Charmed garnered him more success. The former series won an Emmy Award and a Golden Globe Award. McMahon played the lead role in Nip/Tuck, alongside Dylan Walsh throughout the entire series' run.

McMahon was born in Sydney, the son of Sir William McMahon, a prominent Australian politician, and Lady McMahon (née Sonia Hopkins), a socialite and fashion icon. His father was a Member of the Australian House of Representatives and a high-ranking minister in the 24-year Liberal Government for many years before Julian's birth; he became the 20th Prime Minister of Australia in March 1971, when Julian was two years old. His mother left their three children in the care of a nanny to be with her husband in Canberra during his Prime Ministership. He has an older sister, Melinda, and a younger sister, Deborah. He is of Irish descent through his father.[1]

McMahon was educated at the private, boys-only, Sydney Grammar School,[citation needed] which his father had attended. He briefly studied law at the University of Sydney and economics at the University of Wollongong.[citation needed][which?][when?] McMahon found no interest in his studies, and began a modelling career. He became known as a model in various fashion capitals, such as Milan, London, New York City, Rome, and Paris.

In addition to modelling, he began an acting career in commercials, including one for Levi Strauss jeans. From 1989-91, McMahon starred in the successful Australian television soap opera Home and Away, playing the soldier Ben Lucini, alongside Dannii Minogue, his then future wife (now former wife). He was one of several Home and Away cast members to star in a stage musical about the soap, which toured the United Kingdom in 1991. McMahon has also appeared as Christian Troy in the entire 100-episode series of the American drama series, Nip/Tuck, which was nominated for 45 awards over the course of its run, and won a Golden Globe and an Emmy Award.

McMahon appeared in the film Wet and Wild Summer! (aka Exchange Lifeguards) in 1992, and appeared with Dannii Minogue's music videos for her 1993 hits "This Is It" and "This Is the Way". His first role on American television was on the daytime soap opera Another World, playing Ian Rain from 1993 to 1995. He also went on to play Dr. Michael Walsh in the movie Magenta in 1996, Sheriff Hayes in In Quiet Night (aka You Belong to Me Forever) in 1998, George Simian in the psychological thriller Chasing Sleep in 2000, and David Cameron in the made-for-TV movie Another Day in 2001.

From 1996 to 2000, he starred in all four seasons of the NBC drama Profiler as Agent John Grant. He joined the cast of the WB's supernatural hit show Charmed, playing the conflicted half-demon/half-human Cole Turner from 2000 to 2003; he returned for one episode in 2005. Following Charmed, McMahon's next role was playboy plastic surgeon Christian Troy on the FX series Nip/Tuck. He was nominated for the Golden Globe Award for Best Actor - Television Series Drama in 2005 for his performance. During this time, McMahon also portrayed supervillain Doctor Doom in Fantastic Four, the 2005 film adaptation of the comic book series of the same name. The film was a box office success, and McMahon reprised his role as Doom in the sequel in 2007.

He appeared with Sandra Bullock in the 2007 supernatural thriller Premonition. He co-starred in 2011 with Milla Jovovich in Julien Magnat's thriller Faces in the Crowd.[2]

McMahon's decision to drop-out of his university studies caused a rift between him and his parents. However, they reconciled before his father's death in 1988.[citation needed]

McMahon jokingly noted in an interview with Jimmy Kimmel that his mother "a very scary lady", because she would visit him on the set of his films and patronise him whenever he finished filming a scene.[3]

McMahon married Australian Pop Star and former Home and Away co-star Dannii Minogue in January 1994, and divorced in mid-1995, after less than two years of marriage.[citation needed]

In 1999, McMahon married former Baywatch star Brooke Burns. They have one child, daughter Madison (June 10, 2000), and divorced in 2001. In 2014, at Lake Tahoe, California, McMahon was married for the third time, to his girlfriend of 11 years, Kelly Paniagua, after a six-month engagement.[4]