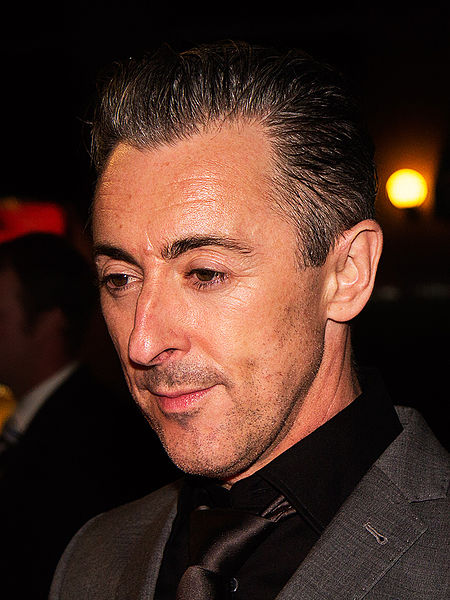 As of March 2018[update] he is working at the CBS TV series Instinct (stylized as INSTIИCT)[1] with Bojana Novakovic.

Cumming made his film debut in Gillies MacKinnon's Passing Glory in 1986. His feature film debut came in 1992 when he starred alongside Sandrine Bonnaire and Bruno Ganz in Ian Sellar's Prague, which premiered at the Cannes Film Festival and earned him the Best Actor award at the Atlantic Film Festival and a Scottish BAFTA Best Actor nomination. American audiences first saw him portraying the smarmy Sean Walsh, an unwanted suitor of Minnie Driver's character, in Circle of Friends, an Irish film released in 1995. Also in 1995 he played Boris Ivanovich Grishenko in the James Bond film GoldenEye. In 1996, he had a success as the Revd Mr Elton in Emma.

He had prominent roles in the Spy Kids trilogy (as Fegan Floop), X2 (as Kurt Wagner/Nightcrawler), Stanley Kubrick's Eyes Wide Shut and played Saturninus in the 1999 Julie Taymor film production of Titus. His many other films include Investigating Sex, Josie and the Pussycats, Emma, Get Carter, Plunkett and Macleane, Son of the Mask, The Flintstones in Viva Rock Vegas, Full Grown Men, Spice World, Burlesque, The Tempest, Boogie Woogie and the animated films Garfield: The Movie, Jackboots on Whitehall and The Smurfs.

He is also the host of the 2008-2014 seasons of the PBS Masterpiece Mystery! series.

He played Eli Gold on the CBS television show The Good Wife. He appeared as a guest star in the latter third of the first season, becoming a series regular in the show's 2010-2011 season.[12] He has been nominated for two Primetime Emmy Awards, two Screen Actors Guild Awards, a Golden Globe Award and a Satellite Award for his performance.

Cumming began his theatre career in his native Scotland, performing in seasons with the Royal Lyceum Edinburgh, Dundee Rep, The Tron Glasgow and tours with Borderline, Theatre Workshop, and Glasgow Citizens' TAG. He played Slupianek in the Traverse Theatre, Edinburgh's 1988 production of Conquest of the South Pole, which later transferred to the Royal Court in London and earned him an Olivier Award nomination as Most Promising Newcomer. He went on to perform plays with the Bristol Old Vic and the Royal Shakespeare Company and played Valere in La Bete at the Lyric, Hammersmith, London. In 1991 he played The Madman in the 1990 Royal National Theatre production of Accidental Death of an Anarchist by Dario Fo, for which he won the Laurence Olivier Award for Best Comedy Performance.[15][16][17] He also adapted the play with director Tim Supple. In 1993 he received great critical acclaim and the TMA Best Actor award for playing title role in the 1993 English Touring Theatre's Hamlet (playing opposite his then-wife, Hilary Lyon, in the role of Ophelia).He played the role of The Master of Ceremonies in Sam Mendes's 1993 revival of the musical Cabaret in London's West End opposite Jane Horrocks as Sally Bowles. He received an Olivier Award nomination for Best Actor in a Musical. He reprised the role in 1998 for the Mendes-Rob Marshall Broadway revival, this time opposite Natasha Richardson as Sally Bowles. He won a Tony Award, Drama Desk Award, and Outer Critics Circle Award for his performance.[18]

In 2006, he returned to the West End playing the lead role in Bent, a play about homosexuals in Germany under the Nazis. In 2007, he took the lead role in the National Theatre of Scotland's production of The Bacchae, directed by John Tiffany, which premiéred at the Edinburgh International Festival in August, transferring to the Lyric Theatre in London and then to Lincoln Center, New York, winning him Herald Archangel award.

He collaborated again with Tiffany and the National Theatre of Scotland in 2012, playing all the roles in Macbeth. He brought this critically acclaimed[19][20] production of Macbeth to New York's Lincoln Center in 2012 and to a 73-show Broadway engagement at the Ethel Barrymore Theatre in 2013. Macbeth concluded its run on Broadway on 14 July 2013.[21]

In 2014, he returned again to Broadway to star in Roundabout Theater Company's revival production of Cabaret, directed again by Sam Mendes.[22] Starring opposite Michelle Williams, Cabaret opened 24 April 2014 and closed 29 March 2015. The run was extended originally from its 24-week engagement. The role of Sally has changed throughout the production when Williams left to include Emma Stone and Sienna Miller.

Cumming's novel, Tommy's Tale, was published in 2002.[23] He has also written articles for magazines, notably as a contributing editor for Marie Claire magazine, writing on the haute couture shows in Paris, as well as what it was like for him dressing as a woman for a day. He also contributed articles to Newsweek, Modern Painters, Out, Black Book and The Wall Street Journal. He has also written introductions and prefaces to various books, including the works of Nancy Mitford, Andy Warhol, and Christopher Isherwood and wrote a chapter of If You Had Five Minutes with the President, a collection of 55+ essays by members or supporters of The Creative Coalition.[24]