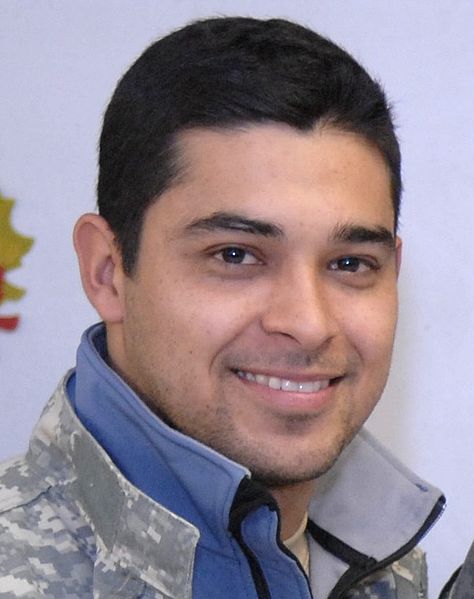 Valderrama was born in Miami, Florida,[3] the son of Sobeida and Balbino A. Valderrama, who owned a farm equipment rental company. When he was three, they moved to Venezuela and then later when he was 14 years old moved back to the United States.[1] He is of Colombian and Venezuelan descent.[4]

Valderrama got his start performing in numerous plays, including A Midsummer Night's Dream and Rumors. He made his professional debut in a Spanish-language Pacific Bell commercial. At his drama teacher's suggestion, he got an agent and was cast in the CBS miniseries Four Corners and in Omba Mokomba on the Disney Channel. He made his big screen debut in the film Summer Catch.

Valderrama played Fez on That '70s Show from 1998-2006; he was a senior in high school when the pilot episode was filmed. He played DJ Keoki in the 2003 film Party Monster. He produced and hosted the MTV series Yo Momma from 2006 to 2007, and appeared three times on Punk'd, hosted by fellow That '70s Show alumnus Ashton Kutcher.

In April and May 2003, Valderrama appeared in the Los Angeles Times critic's choice play Blackout, an adaptation of the feature film Drunks,[7] and on April 4, 2004, starred in the Actors' Fund of America one-performance only reading of Sunset Boulevard.[8] He filmed the short film La torcedura in which he played the lead, and appeared in The Darwin Awards, an independent film directed by Finn Taylor.

In animation work, Valderrama voiced Rodrigo in Clifford's Really Big Movie. He also voices the main character, Manny, in Disney Channel's Handy Manny series for preschoolers.[9] He had a starring role in El Muerto, an indie film directed by Brian Cox and based on the comic book created by Javier Hernandez. In January 2007, Valderrama launched his own men's fashion label called "Calavena".[10]

In 2010, Valderrama guest-starred on Disney Channel's series Wizards of Waverly Place playing the role of Theresa Russo's brother, Ernesto. In 2011, he appeared in three episodes of USA Network's Royal Pains as Eric Kassabian, an art dealer.

On June 16, 2016, Valderrama joined NCIS in its fourteenth season. He is a series regular as NCIS Special Agent Nicholas Torres.[14]

On May 11, 2011, Valderrama released the song "The Way I Fiesta", which he performed as his alter ego Eduardo Fresco. The video was directed by Akiva Schaffer from the group The Lonely Island. Danny Masterson, Valderrama's co-star from That '70s Show, has a cameo appearance in the video. Valderrama appeared in the 2009 music video for Wisin & Yandel's song "Imagínate". He also appeared in and produced the 2011 video for LMFAO's song "Sexy and I Know It". At the Billboard Latin Music Awards, he said that he is making music which he will release in Spanish and English. On July 27, 2012, he had an interview with Latina and said that he is recording tracks and is working with great artists/producers from both the English and the Spanish side. He said he was hoping to release more music in 2013.[15][16] On March 10, 2014, Valderrama revealed that a Salud Part 2 is in the works and that he has his own music coming out towards the end of the summer of 2014.[17]