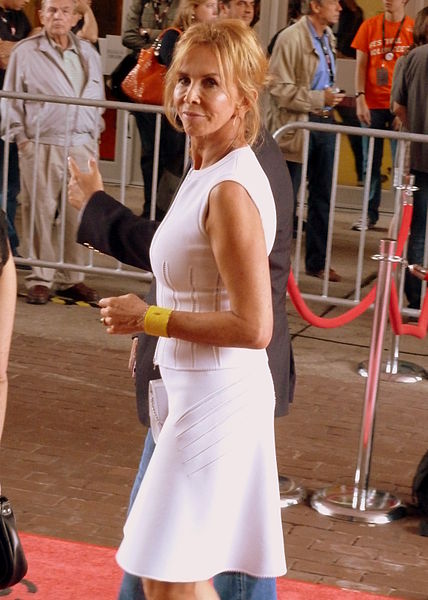 Styler trained at the Bristol Old Vic Theatre School and went on to star in various period BBC productions. She joined the Royal Shakespeare Company, through which she played multiple major roles. Her theatre credits also include The Vagina Monologues, Twin Spirits, and The Seagull.[1][2]

She has appeared in many British television series such as The Mayor of Casterbridge and The Scold's Bridle, and in the United States television shows Empire, The Night Of, and Falling Water.

In the mid-nineties Styler established Xingu Films,[4] a production company dedicated to supporting new talent, such as Guy Ritchie, Dito Montiel and Duncan Jones. In late July 2008 it was announced that Xingu had optioned American Reaper, an upcoming graphic novel written by Pat Mills, who would also write the screenplay.[5]

In 1989, Styler and Sting started the Rainforest Foundation Fund, an organization devoted to protecting rainforests and their indigenous peoples, and since 1991 she has produced regular Rock for the Rainforest benefits at Carnegie Hall. As a UNICEF Ambassador, Styler has also raised millions for their projects around the globe.[9]

In 2008, it was reported that Styler donated £10,000 into the charitable Ama Sumani cancer fund.[10] Sumani was terminally ill with cancer and unable to afford treatment in her native Ghana, but had been deported from a Cardiff hospital after the expiry of her visa. Sumani died on 19 March 2008.[11]

Styler is also a patron of the Elton John AIDS Foundation.[12]

Trudie Styler was born in Bromsgrove, Worcestershire, England, the daughter of Pauline and Harry Styler, a farmer and factory worker.[13][14] When Styler was two years old, she was hit by a van. She received severe facial injuries that left her badly scarred and required several plastic surgery operations up until the age of 18. Her classmates nicknamed her "scarface", which caused her to feel for many years that she was "not a very attractive person".[15]

Styler met rock musician Sting while she was in the Royal Shakespeare Company and dating actor Peter O'Toole. They were married on 22 August 1992,[citation needed] and have four children: Bridget Michael (a.k.a. "Mickey" born 1984), Jake Sumner (born 1985), Eliot Paulina (nicknamed "Coco," born 1990) and Giacomo Luke (born 1995). Eliot is the lead singer for the band I Blame Coco.[16]