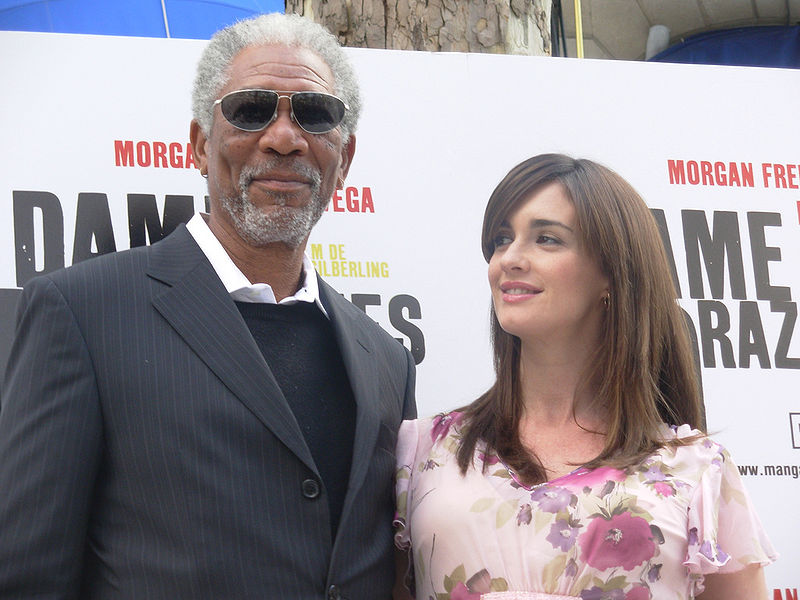 Vega was born in Seville, Spain, in 1976 to a housewife mother and a father who was a former bullfighter.[1] Vega's younger sister has performed as a flamenco dancer.[2] Vega has described her family as "traditional" and Catholic.[1] She took her stage name from her grandmother. Vega decided to become an actress after attending a performance of Federico García Lorca's play, La casa de Bernarda Alba, when she was 16.[3]

After completing compulsory education at 16, Vega was accepted at the Centro Andaluz de Teatro stage school.[4] She studied there for two years and took another two years studying journalism.[5] She next moved to Madrid to seek her future.[6]

Vega at the 10 Items or Less premiere in Madrid with co-star Morgan Freeman.

In 1999 she made her film debut in Zapping. The same year she also had a minor role in the David Menkes movie I Will Survive (Sobreviviré), alongside Emma Suárez, Juan Diego Botto and a cameo by Boy George.

Vega found success in 1999's TV series 7 Vidas. The series was billed as a Spanish Friends and became one of the country's best-loved domestic sitcoms. Vega played Laura, a perky Andalusian girl who had come to stay with David, who had recently come out of a coma. The series was broadcast on Telecinco and finished on 12 April 2006, albeit without Vega.

In 2001, she starred in Julio Médem's film Sex and Lucia, which brought her to the attention of a larger audience. She appeared in the 2004 James L. Brooks American film Spanglish opposite Adam Sandler. In 2006, she co-starred with American actor Morgan Freeman in the independent film 10 Items or Less, directed by Brad Silberling. In 2008, she co-starred with Gabriel Macht, Samuel L. Jackson, and Scarlett Johansson in The Spirit. In 2011, Vega had a role in Michele Placido's film Vallanzasca -The Angels of Evil.

Vega also works as a model; she is signed to 1/One Management in New York City. On May 2011, Vega replaced Penélope Cruz as the face for L'Oreal Spain.[7]

In 2018 she appeared in the third season of MasterChef Celebrity.[8]

Report a problem
Write to Paz Vega at FanPal • 2023