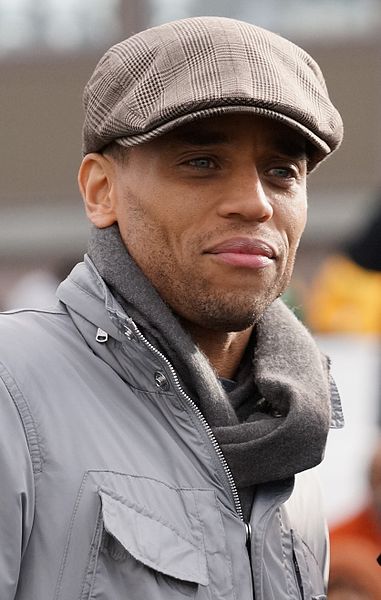 Ealy was born in Washington, D.C.,[2] and was raised in Silver Spring, Maryland. Ealy graduated from Springbrook High School[3] and attended the University of Maryland in College Park, Maryland.[4] His mother worked for IBM and his father was in the grocery business.[5]
Read more...

He started his acting career in the late 1990s, appearing in a number of off-Broadway stage productions. Among his first film roles were Bad Company and Kissing Jessica Stein. His breakout role came in 2002's Barbershop, in which he plays reformed street thug Ricky Nash, a role that he reprised in the 2004 sequel, Barbershop 2: Back in Business.[6] In 2003, he played the role of Slap Jack in the second installment of the Fast and the Furious film series, 2 Fast 2 Furious. Later in 2004, Ealy appeared in Never Die Alone with DMX.[7] He also appeared in Mariah Carey's music video for her hit single "Get Your Number" from her 2005 album The Emancipation of Mimi.[4]

On December 14, 2006, Ealy was nominated for a Golden Globe Award for his role in Sleeper Cell: American Terror in the category Best Performance by an Actor in a Mini-Series or Motion Picture Made for Television.[4] In December 2008 he was featured in the movie Seven Pounds alongside Will Smith as Ben Thomas.[10] He also starred as the male lead in Beyoncé's "Halo" music video,[4] and as CIA Field Officer Marshall Vogel in the ABC television series FlashForward.[11]

Ealy also appears in the limited-edition coffee table book (About Face) by celebrity photographer John Russo, published by Pixie Press Worldwide.[12][13] He is currently working on independent writing projects. In 2009, Ealy performed in The People Speak, a documentary feature film that uses dramatic and musical performances of the letters, diaries, and speeches of everyday Americans, based on historian Howard Zinn's A People's History of the United States.[14]

In 2010, Ealy appeared as attorney Derrick Bond in the second season of The Good Wife.[15] He co-starred in the 2010 action movie Takers as Jake Attica, and appeared as Travis Marks in USA Network's original series Common Law about two cops who have to go to couples counseling because they argue too much. Common Law premiered following Fairly Legal on Friday, May 11, 2012.[16]

In 2013, Ealy signed on to play co-lead "Dorian" in the Fox television series Almost Human. The sci-fi police procedural takes place in the year 2048 and follows the relationship between two cops as they struggle to solve futuristic crimes that involve complex technology. Ealy depicts the android "Dorian", an older, "DRN" android model that is considered to be less reliable due to its artificial emotions and that is tasked with protecting his partner John Kennex (Karl Urban).[20] The show aired for one season on Fox from 2013 to 2014.[21]

In 2015, Ealy played serial killer "Theo" in season 3 of the Fox television series The Following.[22] He starred as Eric Warner in the second season of the ABC mystery crime series Secrets and Lies, which aired in fall of 2016.[23] Since 2017 Ealy has starred in the fourth season of Being Mary Jane opposite Gabrielle Union.[24][25]