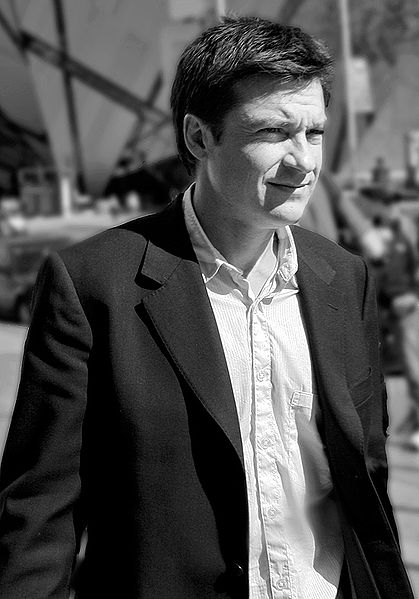 Bateman made his directorial debut with the black comedy Bad Words (2013), in which he also starred. He has since directed and starred in The Family Fang (2015) and the Netflix crime drama series Ozark (2017-present).

Bateman was born in Rye, New York,[1] and was 4 years old when his family moved to Salt Lake City, Utah, and later to California.[5] His mother, Victoria Elizabeth, was a flight attendant for Pan Am who was originally from Shrewsbury, the United Kingdom (UK).[6] His father, Kent Bateman, is an American actor, writer, and director of film and television, and the founder of a repertory stage in Hollywood.[7][5][8] His sister is Justine Bateman.[9] He also has three half-brothers.[5]

Bateman told Best Life magazine that he and his sister Justine supported his parents with the paychecks they earned from their television shows; he also revealed that he was managed by his father until Bateman was 20 and dissolved the business relationship.[9]

Bateman first appeared in a cereal commercial for Golden Grahams in 1980 and began his television career on Little House on the Prairie as James Cooper, an orphaned boy who, along with his sister, is adopted by the Ingalls family. From 1982 to 1984, he was a supporting character on the television show Silver Spoons as Ricky Schroder's "bad boy" best friend Derek Taylor. He appeared in the Knight Rider third-season episode "Lost Knight" in 1984, and a number of other small television roles. In 1984, in response to his popularity on Silver Spoons, the show's producers gave Bateman his own starring role as Matthew Burton on the NBC sitcom It's Your Move, from September 1984 to February 1985. In 1987, he appeared with Burt Reynolds on the men's team in the inaugural week of game show Win, Lose or Draw.

Bateman earned the status of teen idol in the mid-1980s for his television work, most notably as David Hogan on The Hogan Family (originally titled Valerie and later, Valerie's Family, after Valerie Harper left the series). He became the Directors Guild of America's youngest-ever director when, aged 18, he helmed three episodes of The Hogan Family. After the series ended its run, he gained international recognition in the motion picture sequel Teen Wolf Too, which was a box office failure. In 1994, he played opposite Katharine Hepburn and Anthony Quinn in the television film This Can't Be Love. During this period, he had roles on four series — Simon, Chicago Sons, George & Leo, and Some of My Best Friends—none of which lasted longer than one season. He also directed an episode of Two of a Kind in 1999. In 2002, he played the frisky sibling of Thomas Jane's character in the feature film The Sweetest Thing.

In 2003, Bateman was cast as Michael Bluth in the comedy series Arrested Development. Although critically acclaimed, the series never achieved high ratings[5] and ended on February 10, 2006. The show was revived in spring 2013. Bateman won several awards for his work on the series, including a Golden Globe for Best Actor in a Television Series Musical or Comedy. He was also nominated in 2005 for the Emmy Award[10] for Outstanding Actor in a Comedy Series. New episodes of Arrested Development have been released on Netflix with the original cast, including Bateman.[11] Bateman performed commentary on the 2004 Democratic National Convention for The Majority Report with Arrested Development co-star David Cross, and hosted NBC's Saturday Night Live on February 12, 2005.[12] In 2006, he appeared as a guest star on the Scrubs episode "My Big Bird" as Mr. Sutton, a garbage man with a flock of vicious ostriches as pets. In 2009, Bateman became a regular voice actor for the short-lived Fox comedy series Sit Down, Shut Up. He voiced Larry Littlejunk, the gym teacher and only staff member who can teach.[13]

In 2010, Bateman and Arrested Development co-star Will Arnett created "DumbDumb Productions," a production company focusing on digital content. Their first video was "Prom Date," the first in a series of "Dirty Shorts" for Orbit.[14] In 2012, Bateman returned to his role of Michael Bluth for the revival of Arrested Development along with the rest of the original cast. The now-Netflix sponsored series released Season 4 on its Instant Watch website on May 26, 2013. The series was expected to continue its run as well as a potential feature film. For the new fourth season, Bateman was once again nominated for Outstanding Actor in a Comedy Series. Netflix confirmed that the entire cast of the show will be returning for a fifth season, premiering 29 May 2018.[15]

In 2017, Bateman returned to television as both actor and director in the Netflix drama Ozark, in which he plays a financial advisor who must relocate his family to Missouri in order to launder money for a Mexican drug cartel. Bateman's performance as Marty Byrde has drawn positive comparisons to Bryan Cranston's portrayal of Walter White in AMC's Breaking Bad.[16]

At the 2007 Toronto International Film Festival

In 2004, Bateman appeared in Dodgeball: A True Underdog Story as ESPN 8 ("The Ocho") commentator Pepper Brooks, and in Starsky & Hutch as Kevin, Vince Vaughn's business partner. He reunited with Vaughn in 2006's The Break-Up. In 2007, he played former lawyer Rupert "Rip" Reed alongside Ben Affleck in Smokin' Aces, and also starred in The Kingdom, Mr. Magorium's Wonder Emporium, and Juno. In 2008, he co-starred with Will Smith and Charlize Theron in the superhero film Hancock. Bateman's 2009 films included Extract, written and directed by Mike Judge,[17] and Couples Retreat, reuniting with Vaughn in a comedy chronicling four couples who partake in therapy sessions at a tropical island resort (Kristen Bell played his wife).[18] In 2010, he starred in The Switch, a romantic comedy, with Jennifer Aniston. In 2011, he played the role of Special Agent Zoil in the comedy Paul, and starred in Horrible Bosses and The Change-Up.

In March 2012, Mansome, Bateman's first executive producer credit with Will Arnett, was announced as a Spotlight selection for the Tribeca Film Festival.[19] The documentary, directed by Morgan Spurlock, is a comedic look at male identity as it is defined through men's grooming habits, featuring celebrity and expert commentary. He made a dramatic turn in 2012 with the thriller film Disconnect, and starred in the 2013 comedy film Identity Thief and the 2014 comedies This Is Where I Leave You and Horrible Bosses 2. He also narrated the 2014 documentary Pump.[20] In 2015, Bateman headlined Joel Edgerton's thriller film The Gift, opposite Rebecca Hall and Edgerton.[21]

In 2013, Bateman made his feature film directorial debut with Bad Words, in which he also starred. He also directed and starred in an adaptation of The Family Fang.[22] Bateman voiced Nick Wilde, the con artist fox in Zootopia.

In 1987, Bateman won the celebrity portion of the Long Beach Grand Prix.[23]

Throughout the 1990s, he struggled with an addiction to alcohol and drugs; he stated in a 2009 interview that, "I'd worked so hard that by the time I was 20, I wanted to play hard. And I did that really well... it was like Risky Business for ten years".[24]

Bateman features in the video for the Mumford and Sons song "Hopeless Wanderer".[25]

Bateman (along with co-stars David Cross and Tony Hale) were criticized for appearing to minimize and excuse the behavior of Jeffrey Tambor during a May 2018 Arrested Development cast interview for The New York Times, in which Jessica Walter stated that Tambor had verbally harassed her on the set.[28] Within days, all three men had issued apologies to Walter.[29][30] Bateman stated that he "overreached" in an attempt to figure out or pinpoint where Tambor's behavior was coming from.[31] In an interview with Time, he was quoted saying, "I always thought it’s important for people to treat one another with respect at work, no matter what industry you’re in. The whole experience has allowed me to do a lot of listening, and I continue that to this day".[32]

Bateman is an avid fan of the Los Angeles Dodgers baseball team.[33][34]