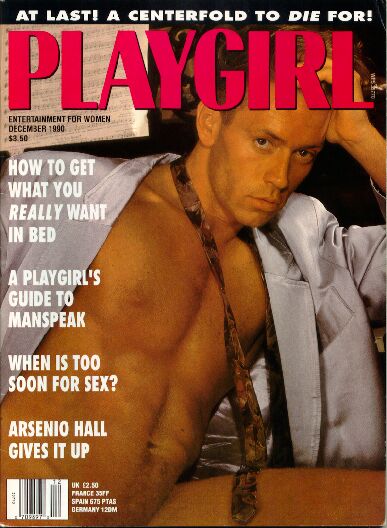 Rocco Siffredi (born Rocco Antonio Tano; 4 May 1964) is an Italian pornographic actor, director and producer of pornographic movies who is known for his rough sex scenes.[3][4]

He took his stage name from the character Roch Siffredi played by Alain Delon in the French gangster film Borsalino (1970).[5] Known as the "Italian Stallion", Siffredi has starred in more than 1,300 pornographic films.[1]

In June 2004, Siffredi declared that he would retire from performing in porn for the sake of his children, and instead focus on direction and production. "My children are growing up", he said, "and I can no longer just say 'Dad is going to work to make money for the family'. They want to know more".[8] Regarding Siffredi's long career, Axel Braun commented, "The problem is that he's been trying for years to find an 'heir to the throne', but it's no easy task. He thought he found him in Nacho Vidal, but then Nacho went his own way".[9] Siffredi, while continuing to direct, was largely absent as an on-screen performer for nearly five years. However, sexual frustration and disappointment as a director with his male talent and the state of the porn industry overall led Siffredi to return as a performer in 2009.[10] Despite renewed success, Siffredi announced his retirement once again in 2015, shortly after appearing on the Italian reality television show L'Isola dei Famosi (Island of the Famous) which saw him stranded naked and alone on a beach for one week. He was reported to have told a friend, "I never felt so naked as I did then. I was all alone and it gave me a lot of time to think about what is important. And I realised I don't want to lose my wife".[11] He later told the press, "ore than a year ago I started to get uncomfortable in the front of the camera... omething inside of me has changed".[7] However, he has continued performing sex in titles such as Rocco One on One and Rocco's Intimate Castings.[12]

Actress Bobbi Starr noted of Siffredi, "Any girl in the industry who has been with him... will tell you that they have done things with him that they never do with anyone else."[13]

Speaking of his female partners, Siffredi says, "I want to see emotion... fear... excitement... the eyes going up from being surprised."[10]

Siffredi is also visible in non-pornographic roles on Italian television, including television commercials for Amica Chips, a snack food, which have spawned considerable controversy and have at one point been taken off the air,[15] a Cielo show, Ci pensa Rocco,[16] and a La 5 docu-reality series, Casa Siffredi.[17]

In 1997, Italian band Elio e Le Storie Tese dedicated a song and a video, "Rocco e Le Storie Tese", to Siffredi. Siffredi himself directed the video, also appearing in it.[18] Siffredi also duetted with the band in the song "Un bacio piccolissimo" at the 63rd edition of the Sanremo Music Festival.[19]

Siffredi had a three-year relationship with the actress Louise Germaine. He is married to Rosa Caracciolo (born Rózsa Tassi), a Hungarian model whom he met in 1993 in Cannes and with whom he performed two years later in Tarzan X: Shame of Jane. Together they have two sons, Lorenzo and Leonardo.[2] During his initial retirement starting 2004, Siffredi battled sex addiction and disappeared from home for days to have sex; including with prostitutes, older women, transsexuals, and men.[20] Upon his decision to return to on-screen pornographic performance in 2009, Siffredi recounted, "I spoke with my wife and she said it's my problem only, it doesn't belong to her and the boys. And she said, 'You decided to stop; we never asked you. So if you want to go back, just go back".[10] However, after a long period of intensive performing, with much time away from his home in Italy, Siffredi announced his retirement again in 2015 for the sake of his marriage. "Today I can see, my wife, she is the top priority", he said in a press statement. "She deserves to have what she wanted from day one, to be with only me without sharing with other girls".[7] Caracciolo told the press, "I know him very well and I love him for who and what he is. Let's see what the new version of him will be like".[11]

Siffredi discussed his personal life on the reality television show L'Isola dei Famosi (Island of the Famous). Speaking of his sexuality, Siffredi discussed his sex addiction as emerging from "some kind of devil in me" and spoke of himself, " sometimes sends me out of my mind". He discussed asking God for intervention from the spirit of his mother, whose photograph he always carries.[21]