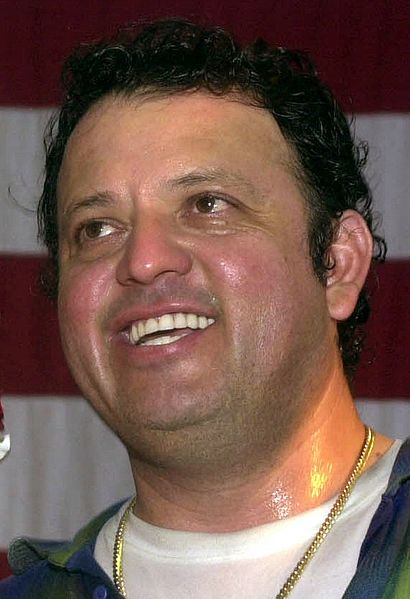 Rodriguez was born in Mazatlan, Mexico to Mexican agriculture ranchers. His family migrated to East Los Angeles, California, where Rodriguez enlisted in the United States Air Force and was subsequently stationed in Uruguay and Duluth, Minnesota, U.S. Rodriguez considered becoming a lawyer, but instead ventured into the field of comedy.

He first appeared in a.k.a. Pablo, a sitcom produced by ABC, but the show was canceled after seven episodes. In 1988 Rodriguez replaced Bob Eubanks as host of The Newlywed Game and lasted one season before cancellation. During his tenure as host, the show began using the 1958 song "Book of Love", by The Monotones, as a theme song. He later hosted a Friday nighttime television show called El Show de Paul Rodriguez that was broadcast on Univision from March 2, 1990 to January 1, 1993.

From 2010 to 2011, Rodriguez hosted two seasons of the MTV Tr3́s comedy home video series Mis Videos Locos. The reality show features video footage of Latino people from various countries who are filmed by devices such as surveillance cameras and mobile phones.

Rodriguez has appeared in several feature films, such as Blood Work with Clint Eastwood, D.C. Cab, Born in East L.A., Tortilla Soup, Rat Race, and Ali, and has also performed voiceover roles for King of the Hill, Dora the Explorer, and Beverly Hills Chihuahua. Rodriguez has also undertaken other roles in the film industry: He directed and starred in the film A Million to Juan, and he produced and appeared in the 2002 comedy film The Original Latin Kings of Comedy.

In 2009 the Paul Rodriguez: Comedy Rehab movie featured a night of Latino comedy that is hosted by Rodriguez and Paul Rodriguez: Just for the Record, which documents a live performance by the comedian, was released in 2011.

In 2004 Comedy Central ranked him at #74 on its list of the "100 Greatest Standups of all Time." Rodriguez was acknowledged with the "Humanitarian of the Year Award" by the City of Fresno for his work in the area of water conservation.

Rodriguez is a part-owner of the Laugh Factory comedy venue in Hollywood, Los Angeles, California, U.S., where comedian/actor Michael Richards was filmed as he engaged in a highly publicized on-stage rant against two black male hecklers. Of Richards' repeated use of the word "nigger", Rodriguez said, "Once the word comes out of your mouth and you don't happen to be African American, then you have a whole lot of explaining to do." Rodriguez also has an interest in farming and owns operations in California's Central Valley.

Rodriguez is known for his charity work and many of Rodriguez's comedy specials cover serious issues that are of concern to the Latino community. He has performed for several Comic Relief charity specials and, in 1995, he performed a comedy television special that was broadcast live from San Quentin State Prison. He is the chairman of the California Latino Water Coalition, a group that campaigns to draw attention to California's dire water situation, and was influential in the enactment of the California Water Bond Measure.