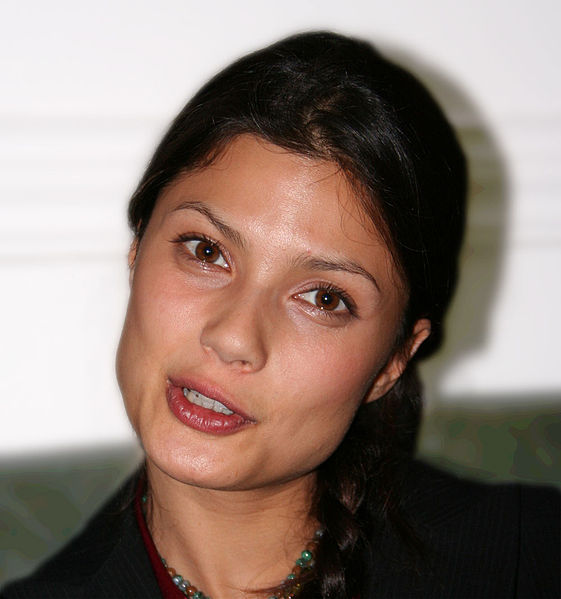 Natassia is the younger of two daughters. She was born in Oslo, Norway, and is of half Malaysian descent. Her mother is from Kota Kinabalu, Sabah.[1] She is usually credited by her birth name but is sometimes credited as "Lina Teal".

In Scotland, and Norway, Malthe went to dance schools at the Goh Ballet Academy, and the Norwegian Opera House respectively, where she sang and danced while finishing high school. Later she moved to London, England to study musical theater. From there she went to Los Angeles and landed her first part on television.

In 2009, Malthe starred as an elf bounty-hunter and sorceress-in-training in the Sci Fi Channel miniseries Knights of Bloodsteel.[3] She also does fashion modeling and is among the Girls of Maxim and Toro Women.[4]

In 2017, Malthe joined numerous other women in accusing film producer Harvey Weinstein of sexual improprieties, specifically rape in her instance.[5][6]