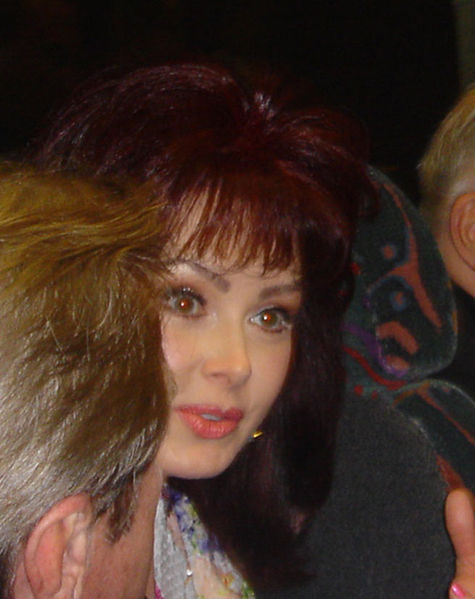 She was born Diana Ellen Judd to Charles Glen Judd and Pauline (née Oliver) Judd on January 11, 1946, in Ashland, Kentucky. Her father owned a gas station; her mother was a housewife and later became a riverboat cook. Her first child, Christina Ciminella (later Wynonna Judd), was born when she was 18. After the birth of her daughter Ashley (April 1968), who later became a film and stage actress, and the end of her marriage to Michael Ciminella, Judd brought up both daughters as a single parent, first attending nursing school at the College of Marin, in California,[1] and later beginning a successful singing career with daughter Wynonna.[2]

Her second marriage was on May 6, 1989, to Larry Strickland of the Palmetto State Quartet.

With her daughter, Wynonna, Judd formed the highly successful singing duo known as the Judds.

As country music's most famous mother-daughter team, The Judds scored twenty top-10 hits (including fifteen at number one) and went undefeated for eight consecutive years at all three major country music awards shows. In addition, the duo won five Grammy Awards and a vast array of other awards and honors. As a songwriter, Judd also won a Grammy for country song of the year with the Judds' hit "Love Can Build a Bridge".[citation needed]

In 1991, after selling more than 20 million albums and videos in seven years and at the pinnacle of their career, the Judds' reign came to an abrupt end when Judd was diagnosed with Hepatitis C, a potentially fatal chronic liver disease that forced her into retirement. The band ended on a high note when their farewell tour was the top grossing act and their farewell concert was the most successful musical event in cable pay-per-view history.[citation needed]

In 1991, Judd created the Naomi Judd Education and Research Fund to raise awareness of Hepatitis C, and uses the strength of her own experiences as spokesperson for the American Liver Foundation.

In 1999, Judd starred as Lily Waite alongside Andy Griffith and Gerald McRaney in the film A Holiday Romance. One of her first acting jobs was a small role (Girl on the Bus) in More American Graffiti in 1979.

Judd and her daughter Wynonna came together for a New Year's Eve concert in Phoenix in December 1999 at the America West Arena, with Ashley as the MC.

In 2000, the Judds embarked on their "Power to Change" tour and performed to over 300,000 people on some thirty dates. The duo was nominated as the Academy of Country Music's top vocal duo of the year in 2001.

In November 2005, Judd began hosting Naomi's New Morning, a talk show that aired on Sunday mornings on the Hallmark Channel. The show lasted two seasons.[3] She is also the author of several self-help books including the recent Naomi's Guide to Aging Gratefully: Facts, Myths, and Good News for Boomers.[4]

In 2008, Judd joined a new television reality-competition series Can You Duet, as a judge and mentor. The show, by the producers of American Idol, aired on Country Music Television.

In 2011, Judd starred alongside actress Laura Prepon in the Lifetime television movie The Killing Game.

Judd competed with her husband in the first season of the FOX reality cooking series My Kitchen Rules.[6]