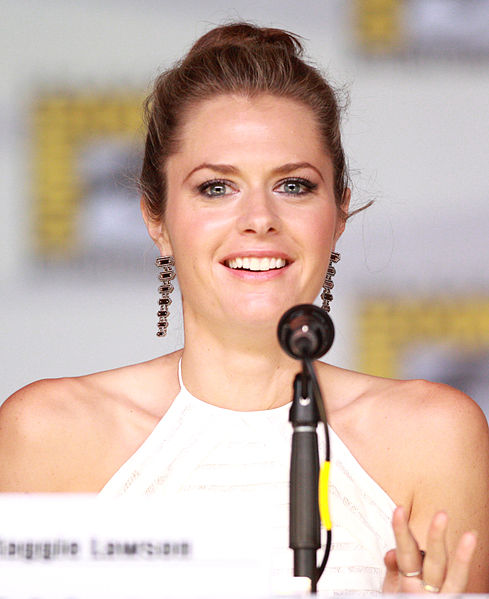 Margaret Cassidy "Maggie" Lawson (born August 12, 1980) is an American actress who is best known for her role as Detective Juliet "Jules" O'Hara in the TV show Psych. She also has starred in the sitcoms Inside Schwartz, It's All Relative, and Crumbs, as well as the television movie Nancy Drew. In late 2014 and early 2015, she had a supporting role as Miss McMartin in the 12th and final season of Two and a Half Men.

Lawson started her career at the age of 8 in local community and dinner theater productions. She later became a youth TV host on WDRB Fox 41 Kid's Club in Louisville, and moved to Los Angeles for her first pilot at 15.[3]

Lawson starred in various sitcoms like Cybill, Boy Meets World and Home Improvement throughout her early career in both guest starring and supporting roles. She also made guest appearances on television series such as Smallville and Fear Itself, and co-starred in It's All Relative and Crumbs.

For Disney Channel, Lawson starred in a double role in Model Behavior featuring Justin Timberlake, and in the 2002 instalment of Nancy Drew in the title role. Other film credits include Pleasantville, Nice Guys Sleep Alone and Cleaner.

From 2006 to 2014, Lawson co-starred in the USA Network original series, Psych, as Detective Juliet O'Hara. She reprised her role in 2017 in Psych: The Movie.

In 2011, Lawson briefly returned to her roots in theater to star in the play Greedy, directed by James Roday, which played for a few weekends in Los Angeles.[4]

Following Psych, she scored leading roles in ABC's 2013 sitcom Back In The Game, CBS's 2014 sitcom pilot Save the Date and CBS's 2016 fantasy sitcom Angel from Hell. She also had short arcs on Two And A Half Men, The Great Indoors, and Netflix's The Ranch'’.

In 2018, Lawson starred in the recurring role of Christa on the second season of Netflix horror-comedy series Santa Clarita Diet[5] and also saw the release of her Netflix movie Spivak.

Lawson is currently starring in a recurring role as Dr. Natalie Flynn on Lethal Weapon.

Lawson was born in Louisville, Kentucky to Judy, a homemaker and Mike Lawson, a hotel manager. She attended Assumption High School, an all-girls Catholic School in Louisville.

Lawson is an avid animal lover and co-founder of the Tiger Frances Foundation, an animal rescue organization based in Los Angeles, California.

She dated her Psych co-star, James Roday for the duration of filming the show from 2006-2014.