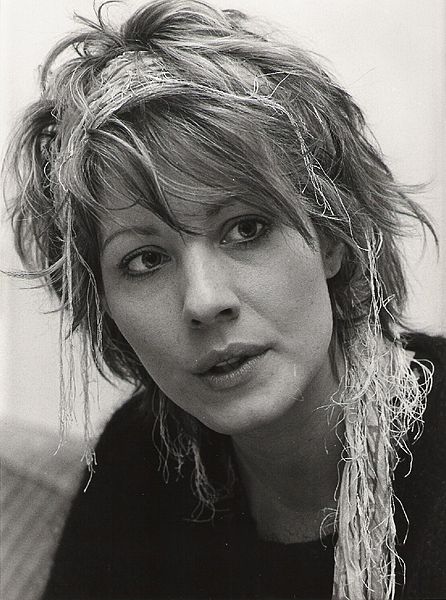 Linda Kozlowski (born January 7, 1958) is an American former actress. She has been nominated for a Golden Globe Award.

Kozlowski was born and raised in Fairfield, Connecticut, the daughter of Helen E. (Parniawska) and Stanley M. Kozlowski.[2][3] She is a 1976 graduate of Fairfield's Andrew Warde High School.[4] Kozlowski graduated from the Juilliard School's drama division in 1981.[5]
Read more...

Kozlowski debuted in the 1981-1982 off-Broadway production How It All Began. She played "Miss Forsythe" on Broadway in Death of a Salesman and in 1984 took the same role in the film version of 1985.

Her big break came in 1986 when she was cast as the female lead, opposite Paul Hogan, in the Australian film Crocodile Dundee, in which their on-screen chemistry spilled over into a real relationship. Two years later, she revisited her starring role with Hogan in Crocodile Dundee II. Also in 1988 she starred with Bill Paxton, Tim Curry and Annie Potts in Pass the Ammo and the TV miniseries Favorite Son.

Since that time, she has appeared in Almost an Angel in 1990, Backstreet Justice (with Paul Sorvino) and The Neighbor (with Rod Steiger) in 1994, and Village of the Damned in 1995. In 2001, she starred again with Hogan in Crocodile Dundee in Los Angeles, the least successful of the trilogy.

She has largely left the acting business because of dissatisfaction with the roles she was getting, stating: "These straight-to-video, schlocky films I was getting were giving me an ulcer, basically because I was the only one on the set that cared about anything... Between that and my biological clock, I decided to give it all away."[6]

Kozlowski married Hogan on May 5, 1990,[7] after he divorced his wife Noelene, to whom he had been married twice over the previous 32 years, from 1958 to 1981 and 1982 to 1990. Kozlowski and Hogan have one child, a boy named Chance. Kozlowski had been married once prior to her marriage to Hogan.[7] In October 2013, Kozlowski filed for divorce from Hogan, citing irreconcilable differences.[8]