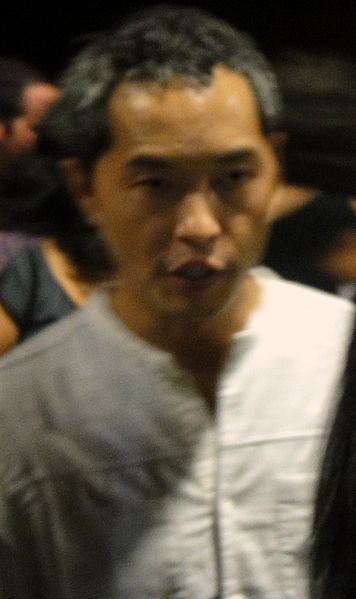 Kenneth Leung (born January 21, 1970) is an American actor who is best known for playing Miles Straume in Lost, Admiral Statura in Star Wars: The Force Awakens, Detective Stephen Sing in Saw, and Kid Omega in X-Men: The Last Stand. He portrays the Marvel Comics character Karnak, a member of the Inhumans, on the ABC television series Inhumans, which premiered in September 2017.

Leung was born in New York City and initially raised in the Two Bridges section of the Lower East Side of Manhattan. His family moved to Midwood, Brooklyn, where he grew up before finishing high school in Old Bridge, New Jersey.

Leung later attended New York University (NYU) as a University Scholar. He discovered acting in his junior year, when he studied acting with Catherine Russell and Nan Smithner,[citation needed] and then briefly with Anne Jackson at HB Studio.[citation needed] During this time he acted mostly in downtown spaces and black box theaters, working with groups such as the Ma-Yi Theater Company, New Perspectives, and STAR, a traveling group of actors-educators based at Mount Sinai Hospital.

In 1997, Leung made his debut as the villainous henchman Sang in Brett Ratner's Rush Hour. Ratner stated, "'s a great actor. In my opinion, he's equivalent to Philip Seymour Hoffman as far as talent is concerned."[1] He would later work with Ratner in the films Red Dragon, The Family Man, and X-Men: The Last Stand. Edward Norton cast Leung in his directorial debut Keeping the Faith in 2000. According to The Washington Post, Norton said Leung's "showstopping performance...turned a throwaway scene into one of the film's best."[2] Impressed with his acting skills, Norton said that Leung would be appropriate for a role in Hamlet or Osborne's Look Back in Anger: "You sense hidden levels within him and he conveys an intensity of mind. I don't think anybody's tapped his full range yet."[3] Additionally, Leung has appeared in several independent and television films, as well as features, including four films with Brett Ratner and two with Spike Lee. In 1998, he played James the Less and God in Terrence McNally's passion play, Corpus Christi, and in 2002 made his Broadway debut in the musical Thoroughly Modern Millie, also appearing on the cast recording.

In 2007, he starred in the independent film Shanghai Kiss with Hayden Panettiere, and earned a Special Mention at the San Francisco International Asian American Film Festival.[citation needed] That same year he guest-starred in the final season of the HBO drama series The Sopranos. He followed this with the ABC drama Lost as Miles Straume from the series' fourth season through the rest of its run.

On September 29, 2017, ABC premiered Inhumans, an adaptation of the Marvel Comics race of Moon-dwelling superhumans whose abilities are derived from ancient genetic manipulation by the extraterrestrial Kree. Leung plays Karnak, a member of the Inhuman Royal Family, who can "see the fault in all things", allowing him to avoid errors, and who acts as the Royal Family's strategist and philosopher.[4]