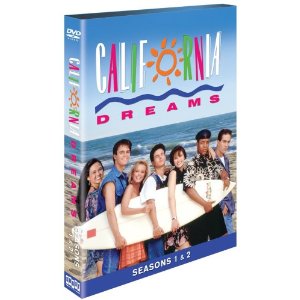 Kelly Chemane Packard (born January 29, 1975) is an American actress and television personality. She is best known for her roles as Tiffany Smith on California Dreams, as well as April Giminski on Baywatch and co-hosting Ripley's Believe It or Not!. She also co-hosted the late segment of GSN Live from September 15, 2008[1] until November 28, 2008.

As a child, she was also a contestant on the Bob Eubanks' daytime version of Card Sharks, during "Young People's Week".[2]

Packard joined The Church of Jesus Christ of Latter-day Saints as a teenager. In 1997, she married and was sealed (an LDS rite) to Darrin Privett, an Emergency Medicine physician. They have four children together - three daughters and one son - Aubrey (b. 2004), Dallin (b. 2005) Halle (b. 2008) and Delaney (b. 2012) [3] and live in Newhall, California with their many pets.[4] Packard is an animal lover and a vegetarian.[5] She and her family appeared on an episode of Celebrity Wife Swap, in which she switched places with actress Tichina Arnold. The episode aired in April 2014.[6]
Read more...