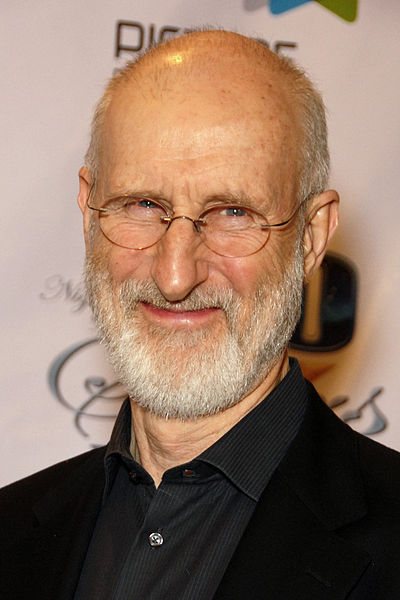 Cromwell was born in Los Angeles, California, and raised in Manhattan, New York. He is the son of actress Kay Johnson (1904-1975) and actor and director John Cromwell (1886-1979), who was blacklisted during the McCarthy era.[2] He has English, German, Irish, and Scottish ancestry.[3][4] He was educated at The Hill School, Middlebury College, and Carnegie Mellon University, where he studied architecture until he left to pursue acting. Like his parents, he was drawn to the theatre, performing in everything from Shakespeare to experimental plays.[citation needed]
Read more...

Cromwell's first television performance was in a 1974 episode of The Rockford Files playing Terry,[5] a tennis instructor. A few weeks later,[6] he began a recurring role as Stretch Cunningham on All in the Family. In 1975, he took his first lead role on television as Bill Lewis in the short-lived Hot l Baltimore, appeared on M*A*S*H as Captain Leo Bardonaro, in the episode "Last Laugh" in Season 6 and a year later he made his film debut in Neil Simon's classic detective spoof Murder by Death.[citation needed]

In 1980, Cromwell guest-starred in the two-part episode "Laura Ingalls Wilder" of the long-running television series Little House on the Prairie. He played Harve Miller, one of Almanzo Wilder's (Dean Butler) old friends.[citation needed]

While Cromwell continued with regular television work throughout the 1980s, he made appearances in films for his supporting roles in the films Tank and Revenge of the Nerds (both 1984). He guest starred on the sitcom Night Court, playing a mental patient, along with Predator actor Kevin Peter Hall. He had starring roles in the 1990s critically acclaimed films Babe (1995), The People vs. Larry Flynt (1996), The Education of Little Tree (1997), L.A. Confidential (1997), The Green Mile (1999), and Snow Falling on Cedars (1999). He also played Dr. Zefram Cochrane in Star Trek: First Contact (1996) and the Star Trek: Enterprise pilot episode "Broken Bow" (the Star Trek: Enterprise episode "In a Mirror, Darkly" later reused some of the First Contact footage).[7] Appearing in other Star Trek roles on the television series The Next Generation and Deep Space Nine, though not as Cochran (these episodes predated his role in First Contact), Cromwell guest-starred in several episodes, including "The Hunted", "Birthright" (Part I and II) and "Starship Down". He also voiced The Colonel in Dreamworks' Spirit: Stallion of the Cimarron.[citation needed]

Cromwell has had additional successes on television throughout his career. His role as newspaper tycoon William Randolph Hearst in the television film RKO 281 earned him an Emmy Award nomination for Outstanding Supporting Actor in a Television Movie. The following year, he received his second Emmy Award nomination for playing Bishop Lionel Stewart on the NBC medical drama series ER. In 2004, he guest-starred as former President D. Wire Newman in The West Wing episode "The Stormy Present". From 2003 to 2005, Cromwell played George Sibley in the HBO drama series Six Feet Under, which earned him his third Emmy Award nomination in 2003. Along with the rest of his castmates, he was also nominated for two Screen Actors Guild Award for Best Ensemble in a Drama Series in 2005 and 2006. The following year, Cromwell played Prince Philip, Duke of Edinburgh in The Queen (2006), that earned Helen Mirren an Academy Award for Best Actress. He also guest starred as Phillip Bauer, father of lead character Jack, in the sixth season of the Fox thriller drama series 24.[citation needed]

In October 2007, Cromwell played the lead role of James Tyrone Sr. in the Druid Theatre Company's production of Eugene O'Neill's Long Day's Journey into Night, at the Gaiety in Dublin as part of the Ulster Bank Dublin Theatre Festival's 50th Anniversary.[8] That same year he received the King Vidor Memorial Award from the San Luis Obispo International Film Festival for his artistic achievements in film. More recently, Cromwell played George Herbert Walker Bush in Oliver Stone's W. (2008), that chronicles the rise to power of his son up until the 2003 invasion of Iraq. In an interview, Cromwell revealed that Stone had originally offered the role to Warren Beatty and Harrison Ford. Cromwell also provided the voice of the main villain Professor Robert Callaghan/Yokai in the Disney movie Big Hero 6.[9]

In 2015, Cromwell was an executive producer on Janek Ambros's feature documentary Imminent Threat about the War on Terror's impact on civil liberties.[citation needed]

Cromwell was married to Ann Ulvestad from 1976 to their divorce in 1986; they had three children. Cromwell married his second wife, actress Julie Cobb, on May 29, 1986; they divorced in 2005.[10] On January 1, 2014, Cromwell married actress Anna Stuart at the home of Stuart's former Another World co-star Charles Keating.[11][12] He currently resides in Wawayanda, New York, dividing his time between New York and Los Angeles, California.

Cromwell's experiences of the Civil Rights Movement while on a theatre tour through several Deep South states in 1964 had a profound impact on him. The courage of local campaigners and visiting activists - Cromwell had played high school football with murdered civil rights worker, Mickey Schwerner - convinced him to become an activist. He subsequently became involved in the anti-Vietnam War movement,[15] and by the late 1960s, Cromwell was a member of the Committee to Defend the Panthers, a group organized to defend 13 members of the Black Panther Party who had been imprisoned in New York on charges of conspiracy. All 13 were eventually released. In a 2004 interview with CNN, Cromwell praised the Panthers.[16] He supported the presidential campaign of Bernie Sanders in the 2016 U.S. presidential election.[17]

Cromwell has long been an advocate of progressive causes, particularly regarding animal rights. He became a vegetarian in 1974 after seeing a stockyard in Texas and experiencing the "smell, terror and anxiety".[18] He became vegan while playing the character of Farmer Hoggett in the 1995 film Babe.[19] He frequently speaks out on issues regarding animal cruelty for PETA, largely on the treatment of pigs.[20] In 2017, he was arrested during a PETA protest against SeaWorld's treatment of orca whales, at which he spoke about marine mammal's suffering and premature deaths.[21]

In the book Money Men, author Jeffrey Birnbaum describes how John McCain went out of his way to meet Cromwell as he advocated on Capitol Hill for funding of Native American arts education.[22]

Cromwell served as the narrator of the short film Farm to Fridge, a documentary produced by Mercy for Animals.[23]

In an October 2008 interview, Cromwell strongly attacked the Republican Party and the George W. Bush administration, saying that their foreign policy would "either destroy us or the entire planet".[9]

Cromwell and J.G. Hertzler show their arrest citations at the Crestwood station protest

In February 2013, Cromwell was arrested for interrupting a University of Wisconsin Board of Regents meeting while showing a graphic photo of a cat to protest about alleged mistreatment of animals on campus.[24][25] The incident, which garnered widespread press coverage, was resolved on March 25, 2013, when an attorney representing Cromwell entered no-contest pleas to the non-criminal offense and agreed to pay $100 forfeitures and court costs of $263.50.[26] In December 2015, he was removed from an event in New York for heckling an energy company receiving an award.[27]

On December 18, 2015, Cromwell and five other people were arrested while protesting against the construction of a power station in Wawayanda, New York, near his home in Warwick, New York.[28] Cromwell and fellow Star Trek actor J. G. Hertzler were among the 19 people arrested in Watkins Glen, New York on June 6, 2016, for a protest against underground gas storage in salt caverns near Seneca Lake.[29] On June 6, 2017, he was escorted out of a Democratic Party fundraiser (which New York Governor Andrew Cuomo and House Minority leader Nancy Pelosi attended) after disrupting the event by protesting about the power station.[30] He and his fellow protesters, called the "Wawayanda Six" were convicted of disorderly conduct and obstruction of traffic. They were fined $375, due June 29, 2017 and sentenced to 16 hours of community service.[31][32][33] After refusing to pay the fine, he was sentenced to a week in jail, scheduled to go on July 14.[34] However, they were released 3 days later on July 17.[35] Cromwell was again arrested, this time for trespassing after taking part in a protest along with PETA at Seaworld on July 24.[36]