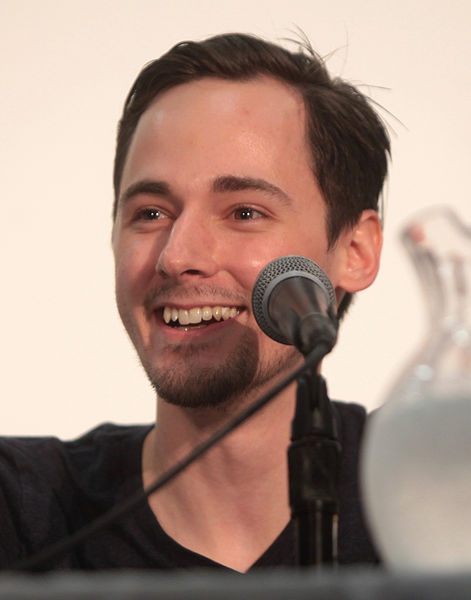 Jake Thomas (born January 30, 1990)[1] is an American actor, perhaps best known for his role as Matt McGuire, the title character's younger brother, in the Disney Channel show Lizzie McGuire (2001-04). In 2002, he won a Young Artist Award for supporting actor for his performance in A.I. Artificial Intelligence (2001). He also appeared in Cory in the House (2007-08), playing the role of Jason Stickler.

Thomas was born in Knoxville, Tennessee, the son of Kim Simms Thomas, a television reporter and writer, and Bob Thomas, a radio personality, actor and writer.[2] The youngest of three children, he has two older siblings, Chad and Brooke. Thomas attended Farragut High School. Thomas also works as a commercial entertainment photographer.

Thomas played Eric Miller in the Without a Trace episode "Wannabe" and a young Hugh Hefner in the television movie Hefner: Unauthorized. He made a guest appearance on 3rd Rock from the Sun and guest starred in Cory in the House as Jason Stickler.